There are a number of commercial products (such as CA Server Automation, HP Server Automation and IBM Tivoli Provisioning Manager for physical servers and IBM CloudBurst for virtual servers) and open source tools (like Chef and Puppet) that automate this process. If we take a closer look at that list of activities, there is one that is of particular interest to us: The last step "Install and configure applications" is really about deploying an application! If we were to zoom in here, we'd see activities like the ones described in Robert van Loghem's blog So what is a deployment really?. One could say that deployment automation is a subset of server provisioning. But that is not the complete story because there are some things that are very specific to deployment automation. First, while server provisioning is usually solely the responsibility of the operations department, deployment automation tends to be a shared responsibility of the development and operations departments. The developers deliver the applications to be deployed, the operators maintain the environments onto which those applications will be deployed. That means that a deployment automation tool should distinguish between the different ways the different groups use the tool and it should have security features in place to make sure that neither group accidentally changes the wrong bits. 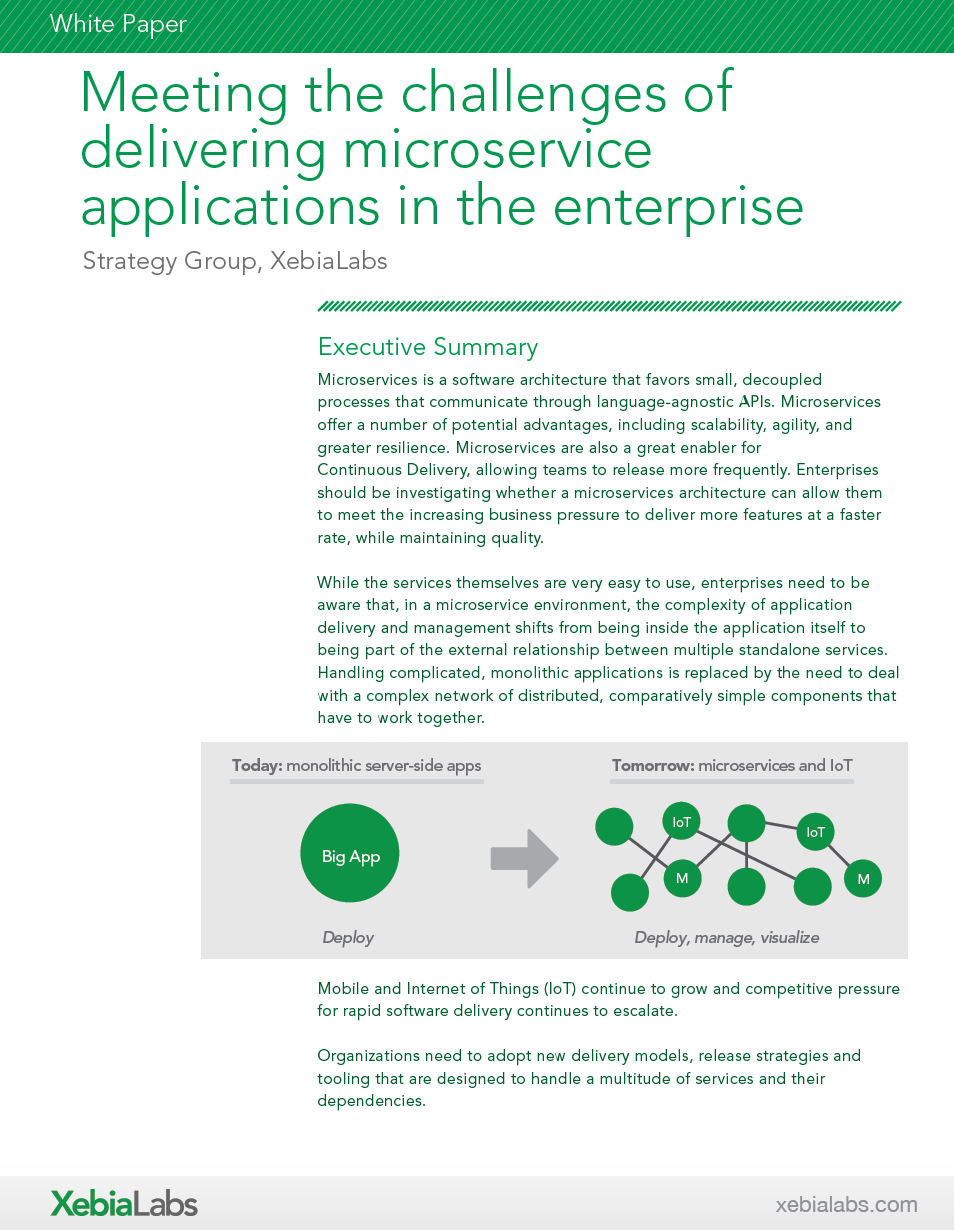 Meeting the Challenges of Delivering Microservice Applications in the Enterprise

Microservices offer many potential advantages, including the ability to scale, greater agility and speed, and increased flexibility. However, adopting microservices also introduces new and fundamental challenges. Download this white paper to learn about these challenges and how to addresses them.