Gaining The Competitive Advantage – My Interview With Tim Buntel 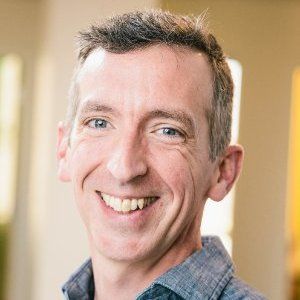 Tim Buntel is not shy when it comes to talking about the future of technology. His experience includes key roles at some of the leading companies in today’s market, with a concentration on software development products and processes. As this technology veteran steps into his new role as Vice President of Products at XebiaLabs, I was able to sit down with him and get his take on DevOps, Microservices, and the future of automation.

So tell us a little bit about your background in the technology industry.

I was a developer in the late client-server and early web days; a time of incredible excitement and change. I loved the variety of people who got into web development – you were likely to see an electrical engineer working alongside someone with a fine arts degree and a history major. And they were solving amazing new problems; for the first time IT was driving massively adopted consumer apps, and consumer experiences were pushing IT in new directions. I wanted to help those teams be more successful, so I got into developer tools and platforms. That’s where I’ve been ever since – making app servers and IDEs and build tools and testing products – making hard things easy for software teams.
Of course, lots has changed since then: languages, platforms, methodologies. But so much is the same. There’s still too much to do in too little time, customers are still demanding and capricious when it comes to requirements and features, and building amazing talented teams is always difficult. Above all, though, it remains true that the company that can build and ship great software fastest has a significant competitive edge.

We have to ask, how do you define DevOps?

It’s really that last point: it’s an approach to building and shipping great software as quickly as possible to gain competitive advantage (whether or not your primary business is software). DevOps is visibility, automation, and control to deliver software faster and with less risk.

You have some background in software security. What is the role of security in today’s DevOps and Continuous Delivery markets?

I believe that good software is secure; and secure software is, likewise, just good software. It’s an aspect of quality. A modern software team would never wait until just before shipping and say, “let’s check 10% of our app for quality problems.” But that’s precisely how most teams approach security today. They wait until the very end of the release and then maybe put it through a last-minute pen test. Security can’t be an afterthought. A good Continuous Delivery strategy can fix that, so teams can build security in from the start, just like they do with quality.

You’ve seen a lot of new technology over the years, what are you most excited about right now?

I hate to jump on the bandwagon, but I think containers and microservices are incredibly important to software development today. Hypervisor-based server virtualization has been around for ages, but the startup time for a container is extremely fast compared to a full blown VM and you can usually pack many more containers on a host machine than you can virtual machines. Containers can run on public clouds like AWS, and they are much easier to share among participants in the SDLC. Speed and sharing is so important for teams adopting DevOps. And microservices are the realization of the original promises of SOA made possible in large part by containers. You don’t need Docker to do microservices, but building apps as a collection of small services, each running in its own process, and communicating with lightweight mechanisms like REST is so much easier with it.

Everyone is talking about the future of technology with the Internet of Things, Container Technology and Big Data. Where do you see the future of our industry going? 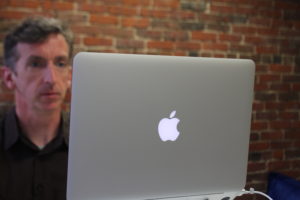 I’m interested in the increasing importance of analytics and monitoring in DevOps. We’re automating software releases more and more, and automated processes produce large amounts of data (just like in IoT). Critical information needed to manage releases is being produced in large volume and scattered over a vast array of tools. Teams need to be able to summarize it clearly for business reporting, and they need to be able to identify and highlight unusual or surprising data for further investigation. This kind of analytic monitoring will be increasingly important in the automated CD world.

Who is the most important person in the IT department?

The most important person isn’t in the department: it’s the user. Software creates value by solving users’ problems. And it does that best when it’s effortless and enjoyable and – most importantly – there! That great feature you want to build? It’s not doing any good unless you ship it. Focus on the user and solve her problems with great software that you deliver as soon as possible.

Can you give us two goals every company should be working towards right now?

To the previous point, ship the #$^%# software! The processes and tools are there to allow you to get your value to the users quickly. Why hold back on that? And second, free your resources from monotonous repetitive tasks with automation so they can focus on the amazing high-value creative work that will give you a competitive edge. 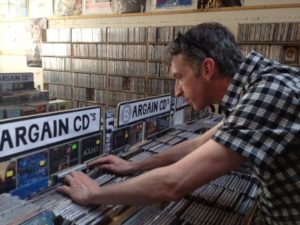 Finally, tell us something about yourself that we wouldn’t know by looking at you.

I was an artsy punk in the 80’s. The mohawk might have given way to a few white hairs (OK, a lot of white hairs!), but the progressive anti-authoritarian still runs deep (and I still draw on my Chucks)!