Over a year ago XebiaLabs launched Satellite modules to function alongside XL Deploy and provide extra reliability and scalability for deployment processes that occur in remote data centers. For those who are still unaware of Satellite or its benefits, listen up! 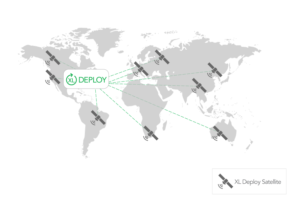 Satellites are the link between remote data centers and XL Deploy. Their responsibility is to get everything in order before you choose to deploy, creating the most transparent process possible. Then, when that time finally comes, Satellites can deploy artifacts, commands, and files globally even if your connection is slow or inconsistent. With XL Satellites all you need is one satellite per datacenter to transfer the information, freeing up your enterprise’s time and resources for other projects. Satellites are an ideal option for an enterprise with locations spread around the globe. NetDespatch, for example, is a Software as a Service (SaaS) with a large and complex environment that struggled with the geographic distribution of platforms when deploying to servers worldwide. “We always knew there was a potential issue with the agent-based tool we looked at, because you’d have to distribute over the wire,” says Matthew Clark, CTO of NetDespatch. 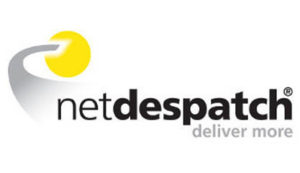 After adding XL Deploy’s Satellites module, NetDespatch was able to send up to 300MB to one satellite, which then securely distributed it to a data center instead of every server. This approach not only mitigates both network traffic and related costs, it also increases security and ensures a successful deployment every time. Clark adds, “As time goes by, the Satellite module and its agentless architecture are fundamental for our team. We could never get our deployment time down to 6 minutes [from 2 hours] without it.”   Read the full case study here.

Want to learn about how NetDespatchs lowered their deployment time by over 85% with the use of XL Deploy and Satellites? Check out "NetDespatch: Managing Large-scale Complex Microservices Deployments with XebiaLabs."