Transparency In Your App Deployment Tools Is A Good Thing

The other day, my colleague Andrew Philips and I were discussing various topics.  We started discussing the reasons that our customers pick XL Deploy over some of our competitors.  Before I started at XebiaLabs, I worked for a large midwestern bank.  I was also part of the team that evaluated XL Deploy and other products.  During the evaluation the Sales Engineer pointed out we could see the actual script that XL Deploy was going to execute during our WAS deploy. As a developer and system administrator who has written a lot of code and worked on many systems, I have come to dislike graphical only development tools.  They always fail somehow and then you are left trying to figure out what happened.  These graphical tools hold a lot of promise, but sometimes they seem to be more trouble than they are worth.  Furthermore, systems that use source code work better with existing version control systems. I like to know that I can find out what my tool is doing.  If something goes wrong, it is great to be able to trace the problem back.  XLDeploy is great at this.  Let's have a look at this feature. First, I will start a deployment of the NerdDinner Application on some Windows Servers as follows: 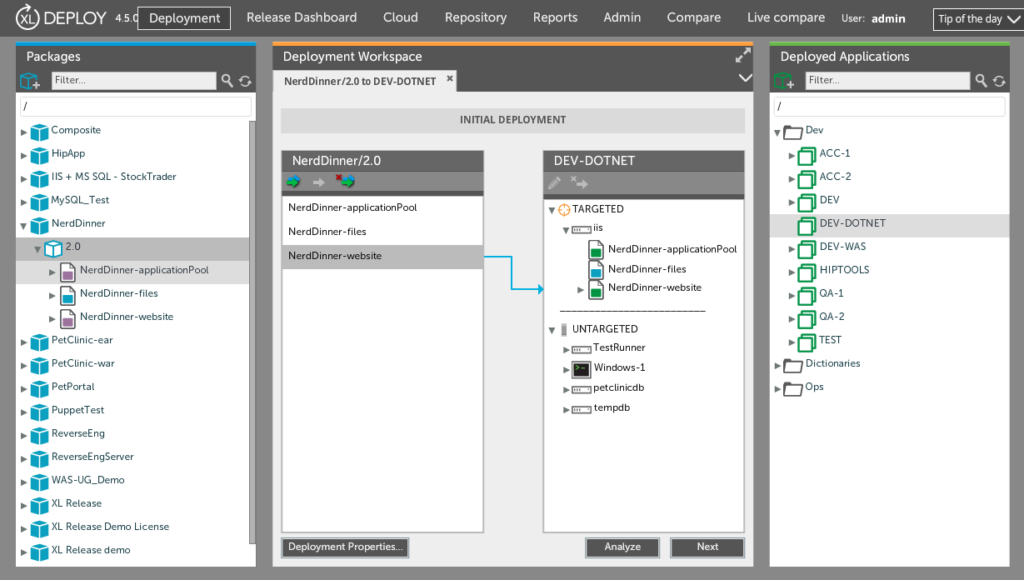 Then we will analyze this deployment. 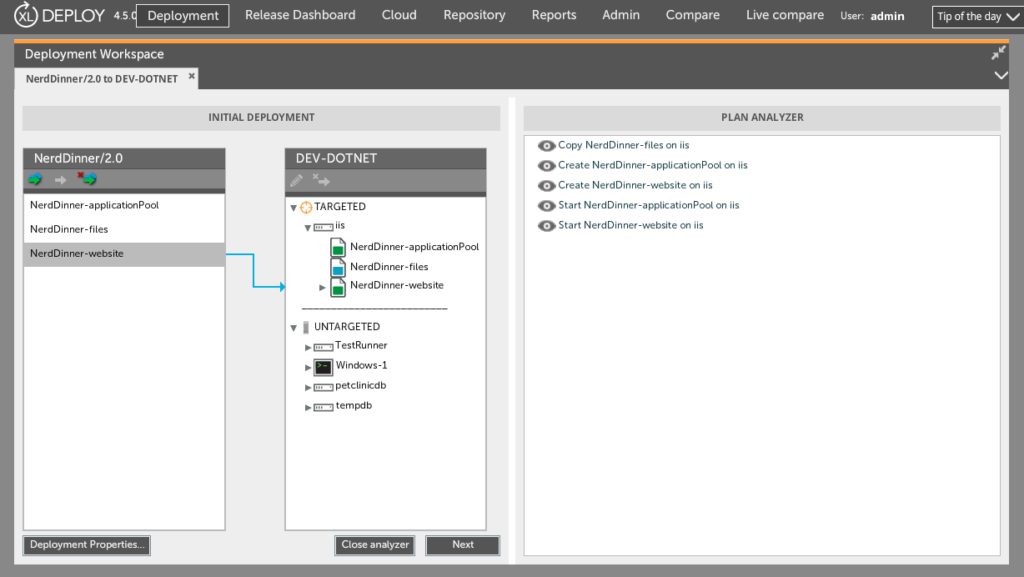 After reviewing the script, if you don't like it, we can easily extend the plugin to change the behavior. The ability to review the deployment scripts, combined with XL Deploy's extensibility gives XL Deploy customers the of power to automate and control their deployments.