Using the XL Deploy CLI to Update Properties Prior to Deployment

Have you ever wondered if you could modify the properties of one of the objects you are deploying just before the actual deployment from a CLI script? You can make last minute changes like this in the UI just before deployment.  We always tell people that anything you can do from the UI can be done from the CLI.  Let's first see what this looks like from the UI.  Let's say we have an environment "DEV" and an application "unixFile" as follows: 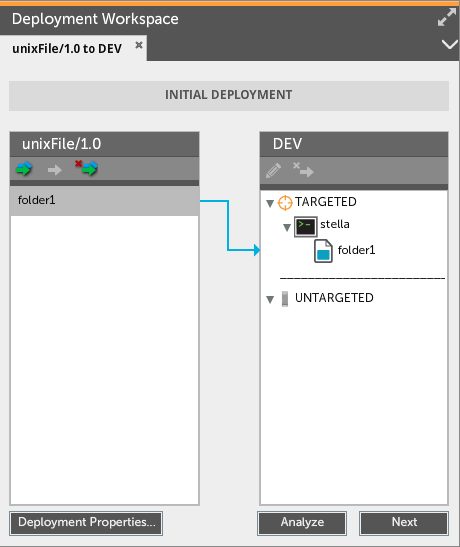 We can then double click on the "folder1" object to reveal the properties of this object and make changes before we deploy them. 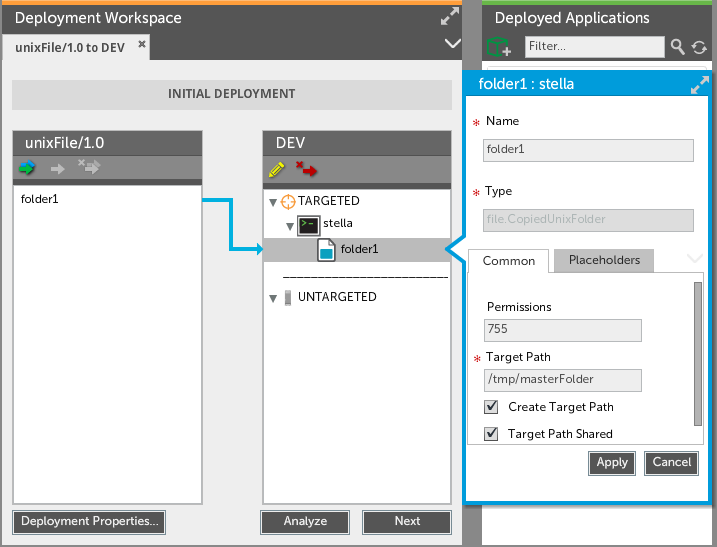 For example we can change the "Target Path" for the file from "/tmp/masterFolder" to "/tmp/blog/test" as follows: 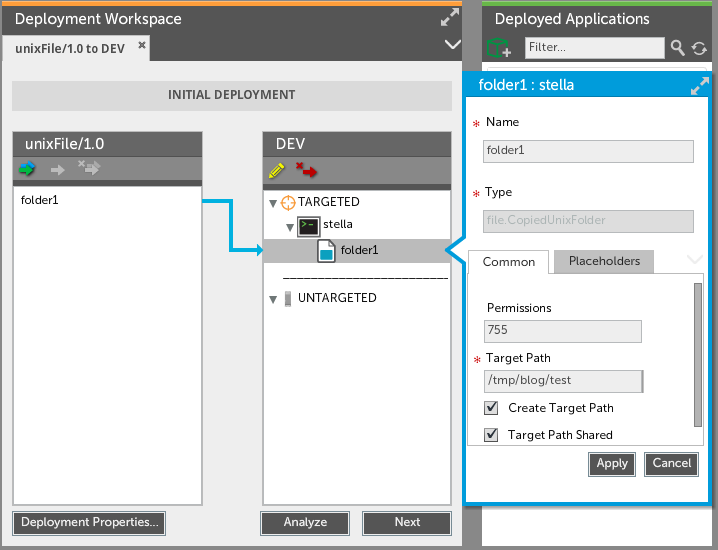 After doing the deployment we will notice that the files are deployed to the new folder. 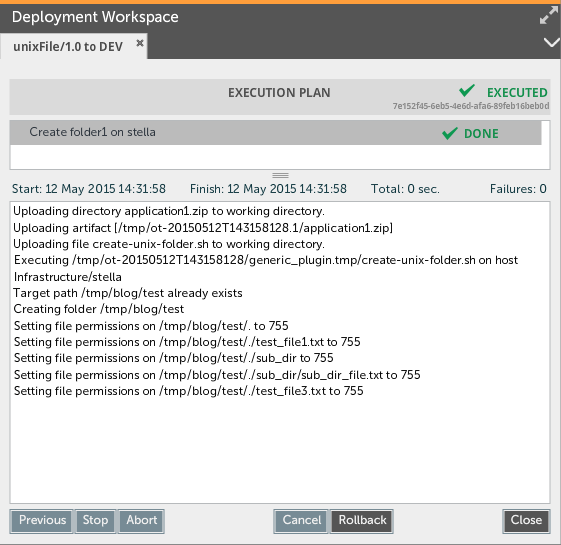 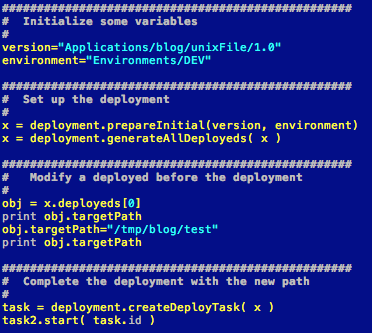 As you can see from the deployment log we were able to change the final deployment path.  You can use this process for changing the properties of any deployed during the CLI.