A new year and more new innovations from XebiaLabs! This week we bring you a shiny new XL Release and XL Deploy—version 6.1. Also on the menu are plugin updates: our Jenkins plugins now allow even better integration with Jenkins 2.0, and we’ve added support for new versions of popular middleware.

Our flagship functionality for 6.1 is a group of “code-centric” features that work side by side with our powerful graphical UI to add dual-mode control for release orchestration and deployment. New code-centric release definitions allow developers to define releases using a Groovy DSL, a simple and familiar format. New code-centric releases and code-centric deployments enable control of XL Release and XL Deploy from within the Jenkins 2.0 ‘pipeline-as-code’ structure. We’ll talk more about the benefits of code-centric features in a couple of days, so stay tuned. [caption id="attachment_14334" align="aligncenter" width="743"]

But it’s not just about new code-centric capabilities. The 6.1 release brings a whole host of new features for our top-ranked Application Release Automation (ARA) platform. (Download these free Gartner and Forrester reports to learn more about ARA.) Here are the latest enhancements to XL Release, designed to help teams work more efficiently and with better visibility:

Learn more about XL Release and XL Deploy with Jenkins 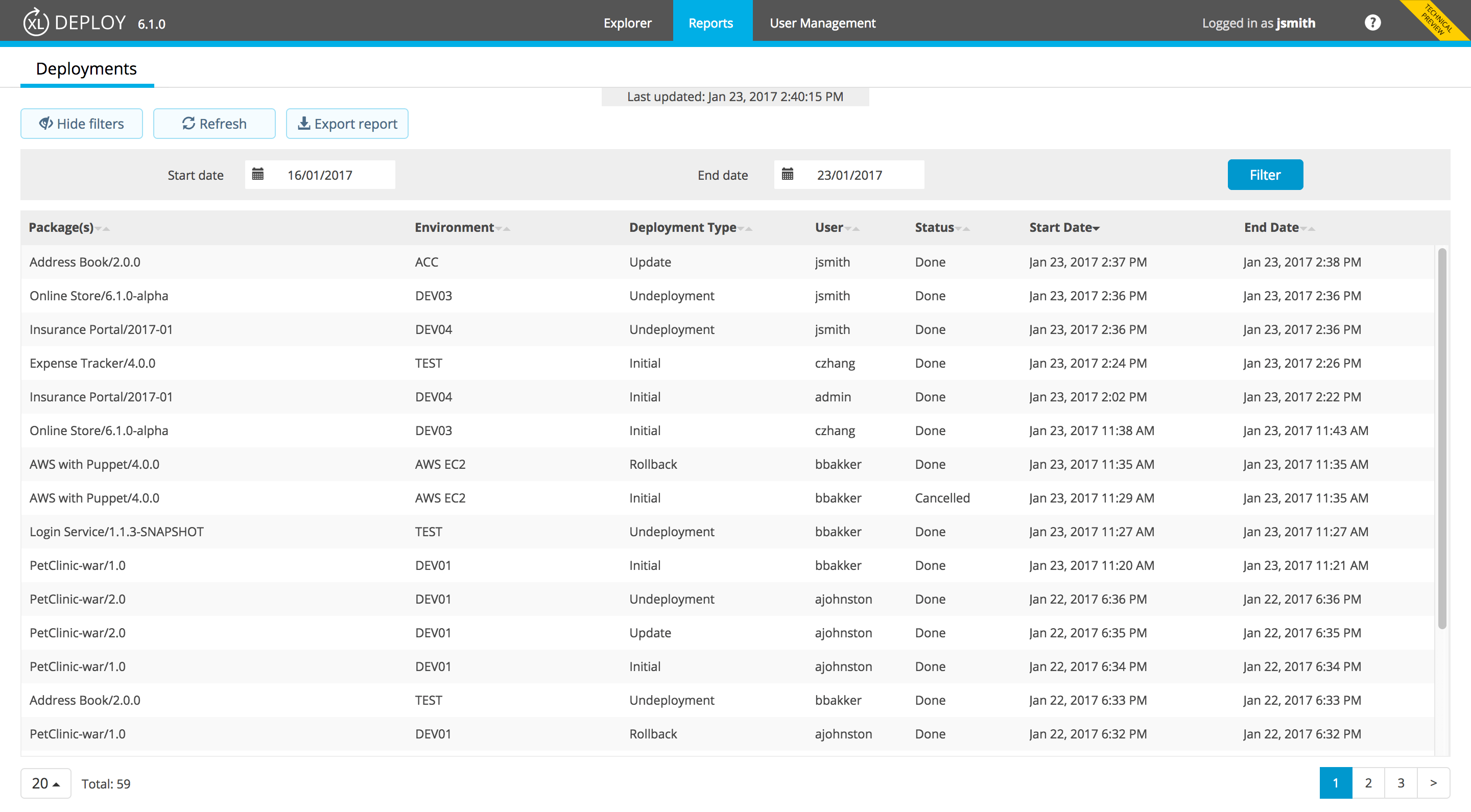 A deployment report in the XL Deploy new HTML5 UI[/caption] If you’re a current XL Release or XL Deploy user, you can’t pass up these sweet features. If you’re not, give these new releases a try! Our Product team would love to hear your feedback: feedback@xebialabs.comCurrent customers can get them in their user download area, and future users can try everything free.