When Appium for iOS is not getting it done, enter Appium Studio

Every business in 2018 has a digital experience to offer their customers. A vast majority of them probably have more than one. Websites, social media pages, and most importantly mobile apps, all of them are pieces of the digital puzzle and are essential to a company's growth.

This has changed the mobile app testing landscape dramatically. With the demand for quality apps at an all-time high, most of your testing needs to be automated. In a controlled environment, automated testing is simple. In the real world, automated testing is a real problem for many companies with release cycles as short as two weeks and devices and OSes more fragmented than ever.

Appium, initially released in 2014, has become the go-to framework for mobile test automation. Appium for iOS and Android is an open source tool. One of the main benefits of using is that it is free. Appium is based on the popular Selenium webdriver. Using Appium is simplified as a result because many developers have prior experience using Selenium. Appium is also an open system which means you can use it for both iOS and Android OSes. Another beneficial aspect of automated testing with Appium is the ability to test your apps integrations with other third-party apps (Facebook, Linkedin, etc.)

This is not to say that Appium does not have its share of drawbacks. The first challenge developers and testers come across is the complex setup. Appium is a difficult solution to setup, and if you are interested in using Appium for iOS testing you will need to run those tests on a Mac machine. The same is true for running Android tests, they need a Windows machine

Delayed support for new OSes is another serious drawback to using Appium. As Appium is an open source software it takes much longer for the development of new versions that will meet the needs of new OSes. When using Appium for iOS it can be even worse as iOS users are notoriously prompt when updating and a fully integrable Appium release can take months to be released, which puts app developers way behind the 8 ball when it comes to testing their apps.

Other challenges when using Appium for iOS app testing is that Appium cannot test outside of an iOS app. Meaning if some of your app's functionality involves an integration with System apps, third-party apps or mobile device sensors automating these scenarios using Appium might be more complex than you think. In most cases, it might not even be possible. For example, integrating with the device Camera for barcode/check scanning, integrating with GPS for location-based features. Redirecting to the browser, Integration with LinkedIn, Twitter or Facebook, etc.

The test development environment is also very complex. It is entirely code based. No UI, no device reflection or object spy are available in order to make object identification a simpler process.

Additionally, while Appium for iOS does offer automated testing, there is no option for parallel test execution. Tests can only be executed one at a time. If you want to generate test reports you will need to add a third party reporting system. Appium's open source solution does not come with a reporting system.

Our solution, Appium Studio mitigates all of these challenges with ease.

Appium Studio is available as a free download that you can install within minutes. You can start testing right away. Another huge benefit is that you do not need to separate your testing machines by OS. You can run iOS tests on a Windows machine and vise versa. You are not confined to testing on one device at a time. Appium Studio allows for large-scale parallel execution. 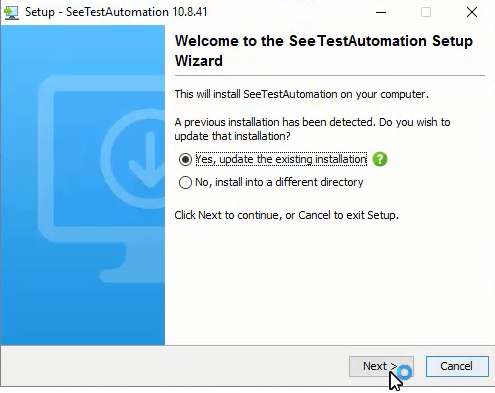 Appium Studio helps to make the process of developing automated Appium for iOS testing with a comprehensive UI. The interactive device reflection that is included with the user interface gives you the ability to interact with a real mobile device as though it is locally connected. There is also an object spy for easier object and XPath identification. Tests are recorded simply. Actions carried out on the device reflection are recorded in an easily exported and executable test written in the language of your choice. 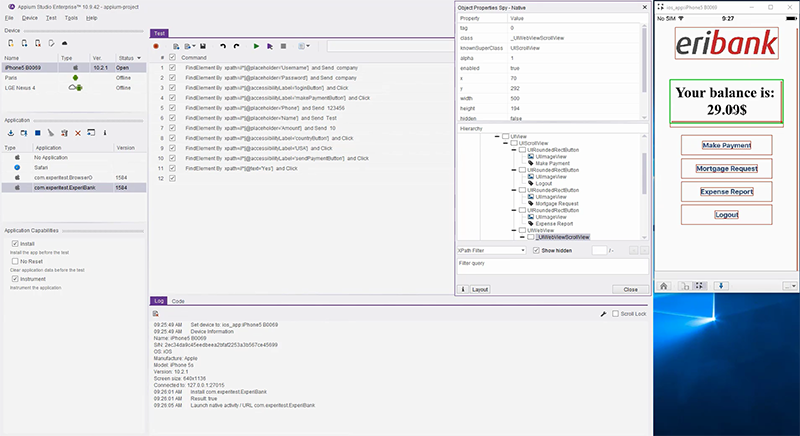 When you are using Appium for iOS testing, you can only test on native apps. Appium Studio takes this a step further with the ability to test outside of your app. This means that if your app needs to integrate with as devices SMS, network, location, and settings, for example, you will be able to test that all those apps work properly together. Appium Studio even includes 3rd party integration support like code scanning, fingerprint authentication, and much more. 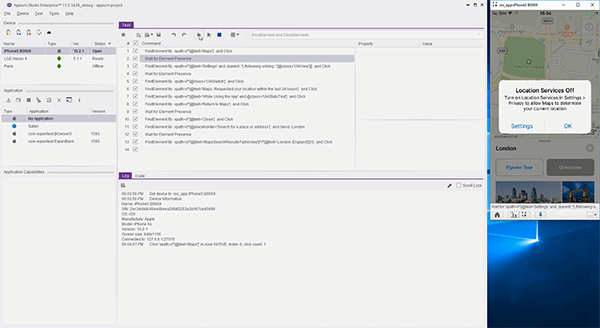 The digital era is upon us and no longer is simply having digital experiences to offer your customers enough. Now your apps need to work and work well. This has led to a growth in the need for mobile test automation. The result has led to a growth in tools available for automated testing. Using open source Appium for iOS and Android testing is not enough. The drawbacks are significant enough to give any developer pause before trying to test via the software. That's is why we developed Appium Studio. In order to provide the same level of freedom that you get with an open source product but to package it in a much simpler and easier to use framework that will give your mobile app testing the boost it needs.