Why All Enterprise Digital Transformation Roads Lead to DevOps

The call to improve the way software is built and delivered can come from a few different places in an enterprise. Developers, tired of waiting on Infrastructure and Operations teams, might be sounding the horn for a Dev-centric way to push their code through the pipeline. Operations teams, meanwhile, might be looking to ramp up change management capabilities as more teams and more tools touch the delivery pipeline.

Regardless of where the call for digital transformation starts in the enterprise, all roads eventually lead to DevOps.

Earlier this week, industry luminary and award-winning author, Gene Kim, joined XebiaLabs Vice President of Customer Success, T.j. Randall, to discuss the various entry points and routes enterprises can take on the journey to DevOps. As the mastermind behind the DevOps Enterprise Summit, Gene has a unique perspective on how large, legacy organizations adopt DevOps principles and practices. Over the last five years, the event has hosted over 250 technology leaders from a wide range of industries, each sharing the ups and downs of their organization's software delivery practice.

You can listen to the on-demand version of the webinar––All Roads Lead to DevOps––and read below for a breakdown of each route to transformation.

The rise of DevOps is often attributed to developers who were sick of waiting on Operations to turn code builds around. And Development teams are a natural starting point for a DevOps transformation. Development teams tend to focus on the things relevant to the developer experience––tooling and processes for building applications––with the aim of reducing the time it takes from build to deployment in Production. This typically involves automating slow and tedious testing processes so that developers can build, test, and deliver value at a much faster rate. Of course, an enterprise-wide DevOps transformation goes beyond the Dev team to all software delivery stakeholders. Gaining executive buy-in goes a long way in driving big changes at scale and with software delivery's impact on the bottom line, the C-Suite is becoming more and more invested in the needs of developers. To reaffirm this, Gene referenced KeyBank and their presentation at DOES 2018. Recognizing that their software delivery environment needed a dramatic overhaul, KeyBank's CEO and board backed an organization-wide initiative to support their Development teams in reaching their goals. When Development teams have the support of executives, they feel empowered to undergo massive changes.

Operations teams need to keep systems up and running––a task that's even more dubious in a high-profile, highly-regulated enterprise environment. If Operations is leading the DevOps transformation, a lot of their focus will be on change and configuration automation and ensuring that the people delivering changes to these systems are doing so in a very controlled manner. Gene pointed to Disney and their Director of Systems Reliability Engineering, Jason Cox, who has presented at DOES every year since the show's inception. In addition to their Ops and Infrastructure teams, Disney also embeds Operations engineers, that report to Jason, into their Development teams. Doing so gives Devs a structured flexibility, so they can spend all of their time in the code, focusing on quality and velocity. 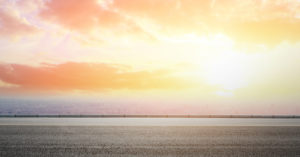 All Roads Lead to DevOps Gene Kim joins XebiaLabs' T.j. Randall to discuss the various entry points and routes enterprises can take on the journey to DevOps. LISTEN NOW!

While nearly every enterprise has a cloud strategy, most are only focused on their new cloud-native apps and services. Most enterprises have to learn how to run a business on a cloud platform and starting with a new application that isn't tied to legacy infrastructure makes the learning curve that much easier. But there are organizational benefits to housing your entire application portfolio on the cloud. That's where a dedicated cloud team comes in. Enterprises, especially in highly-regulated industries, don't want their developers responsible for building and maintaining multiple infrastructures. A cloud platform team can liberate Devs from this responsibility and promote DevOps practices.

As Release and Project management teams become IT Service Management-centric, they need to enforce organizational policies and ensure that everybody in the delivery pipeline is following controlled release services. This puts release and project managers in a unique position to drive enterprise-wide DevOps practices.

Infosec teams can be big proponents of DevOps. They need standardized processes, things like chain of custody reporting, automated security checks, and auditing and compliance capabilities. Infosec teams are big influencers when it comes to tooling, wanting to invest in tools that safeguard their Development teams while enabling them to work quickly, a dynamic that promotes DevOps. Referencing the 2018 State of DevOps Report again, Gene noted that teams with better security integrated into their processes spend 29% more time on new work.