The name for XL Release is a misnomer, since some people initially associate the tool as a solution that is only applicable to a Release Management team. Or worse, I've heard a few people ask if the tool was somehow associated with Microsoft Excel. This latter association is much worse, since we're trying to get people OUT of the business of managing releases with spreadsheets and project plan applications!

One of the most powerful features of the tool is the ability to express dependencies of application releases. For example, we have many customers who have a standard monthly release, which includes many interdependent applications.  This equates in XL Release to a master release template with a series of gates, which link to the actual individual application releases. 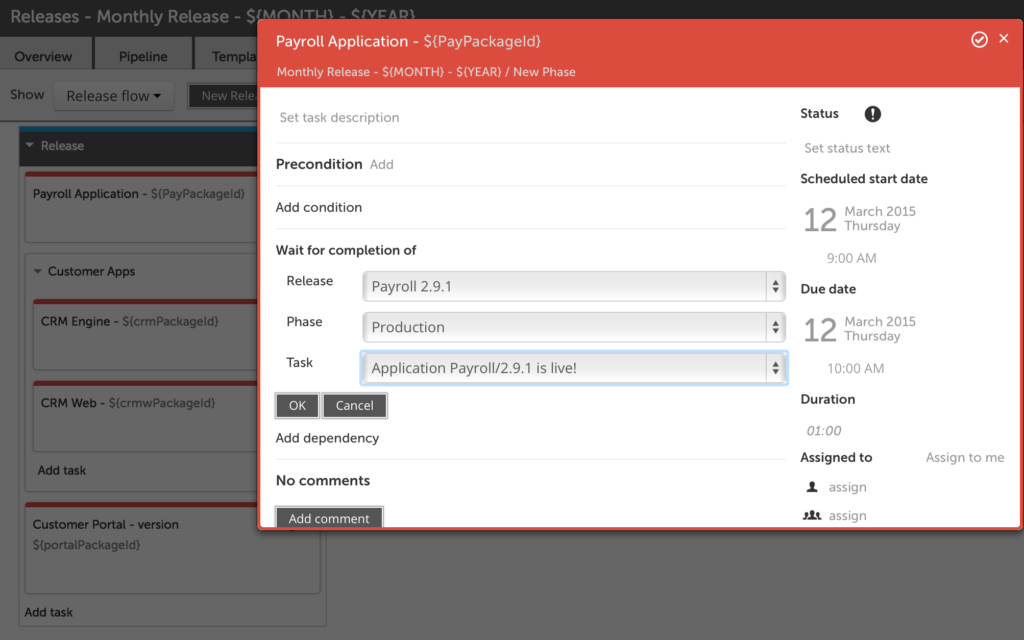 Of course, XL Release is also designed to meet the needs of different release teams in your organization. Customers are orchestrating all types of releases: from QA-through-PROD, just one environment, or creating more complex releases. The power of XL Release comes in its flexibility. For example, Development teams can gain significant automation improvements as they move to industry best-practice for building applications. The goal of development for any Continuous Delivery initiative is to have a developer commit a change to their SCM, and the entire Delivery-to-Dev process is automated. Delivery-to-DEV means that when a developer commits code, testing is incorporated to ensure the validity of the application. So true Delivery-to-DEV equates to a release process of commit / test / build / test / provision / test / deploy / test, or CTBTPTDT for short. The tasks in XL Release enable users to implement CTBTPTDT regardless of the tools or applications that are used within the organization.

If you disregarded XL Release because of the name, it’s time for you to take another look. Organizations with any type of Continuous Integration, Continuous Delivery and/or DevOps initiatives need XL Release to successfully meet the demands for orchestrating application delivery!