What a year it has been at XebiaLabs. In 2015 we have seen the rise of DevOps and Continuous Delivery, we have seen new products and features and we have seen new customer successes. The time has finally come to look over our shoulders and revel in what we accomplished in 2015. Our success as a company has been mainly due to the fact that we keep the end-user in mind throughout our processes and decision making. Join us as we look back at some highlights of 2015 and get excited with us as we look forward to what 2016 has to offer. 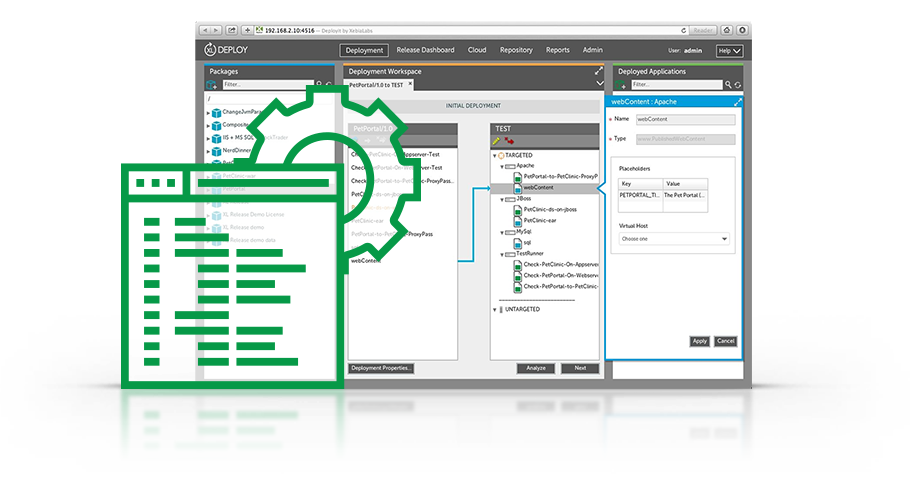 In 2015 we changed the way our customers thought about deployment automation software. With the two updates produced by our dev team this year, we saw outstanding improvements and results in our flagship product XL Deploy.

Our new interface launch in May included additional interfaces for creating applications and environments, new drag and drop options, and automated mapping of the artifacts and resources in your deployment package to the containers in the target environment.

In addition to using XL Deploy’s internal repository to store deployment artifacts (files), you can now refer artifacts that are stored in external locations such as a Maven repository.

The XL Deploy Satellite module executes deployments at remote data centers reliably and securely, at scale. It ensures smooth and stable deployments to globally distributed environments, even in the face of unreliable network connections. Satellites not only greatly reduce bandwidth usage on expensive and often-overloaded networks, they also simplify deployments from Linux to Windows networks.

In Septemeber, XL Deploy become the first-ever deployment automation tool to handle Dependency Management for our customers’ complex applications! Now our customers can specify dependencies between applications and components, and XL Deploy will ensure they are all met before deploying an app. 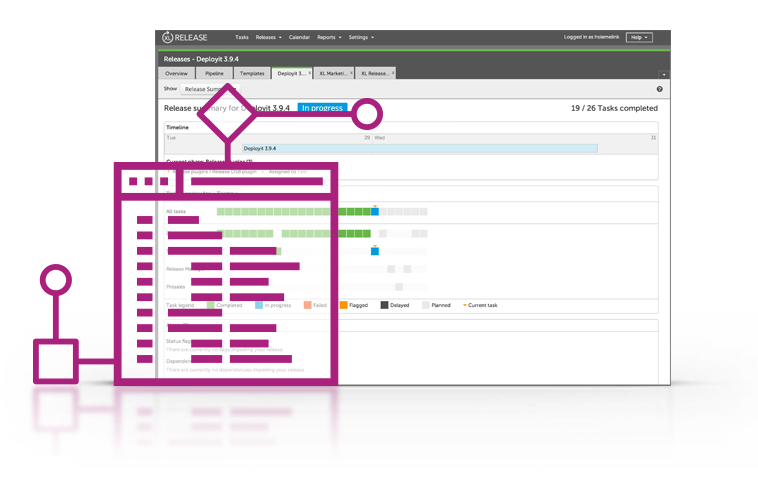 Harder, better, faster, stronger - that is how we are describing XL Release in 2015. In June we released version 4.7 bringing several game-changing new features as well as numerous smaller improvements. (Spoiler: 4.8 is going to blow your socks off in January.)

Every task needs a second chance sometimes :). XL Release now offers you the opportunity to retry an automated task.

Now XL Release also helps you to analyze the automated tasks and see how much time they took to execute. This very interesting feature helps you make your releases even more efficient.

A year is a long time, especially in the DevOps world. There are a hundred things we are already working on for 2016, and a hundred more that we haven't even thought of yet. That's what makes our industry so exciting, we are on the leading edge of software, and finding new ways to make it faster every day. We look forward to learning with you in webinars, sharing ideas with you at conferences and connecting with you everywhere else. 2016 is going to be a year for the books and XebiaLabs wished each of you a Happy New Year.  Interested in DevOps, but you don't know how to start? Our IT Manager's Guide to Continuous Delivery is the perfect overview to get you organization moving in the right direction. Download the e-book here....