One of our most important goals here at XebiaLabs is to make sure our customers get the most out of their investments, not just with respect to our products, but also to other tools in the DevOps tool chain. Today, I’d like to share with you how you can effectively use your Maven POM metadata (GAV Definition) and other environment variables in XL Release by propagating them through Jenkins.

Currently Jenkins task in XL Release only returns back BUILD NUMBER and BUILD STATUS as output properties that you can capture in variables. But what if you want to capture all the environment variables that are available in a build job including Maven POM Variables? Here’s how to do it.Let's first look at a Jenkins task inside XL Release:

Let's now look at a detailed view of task: 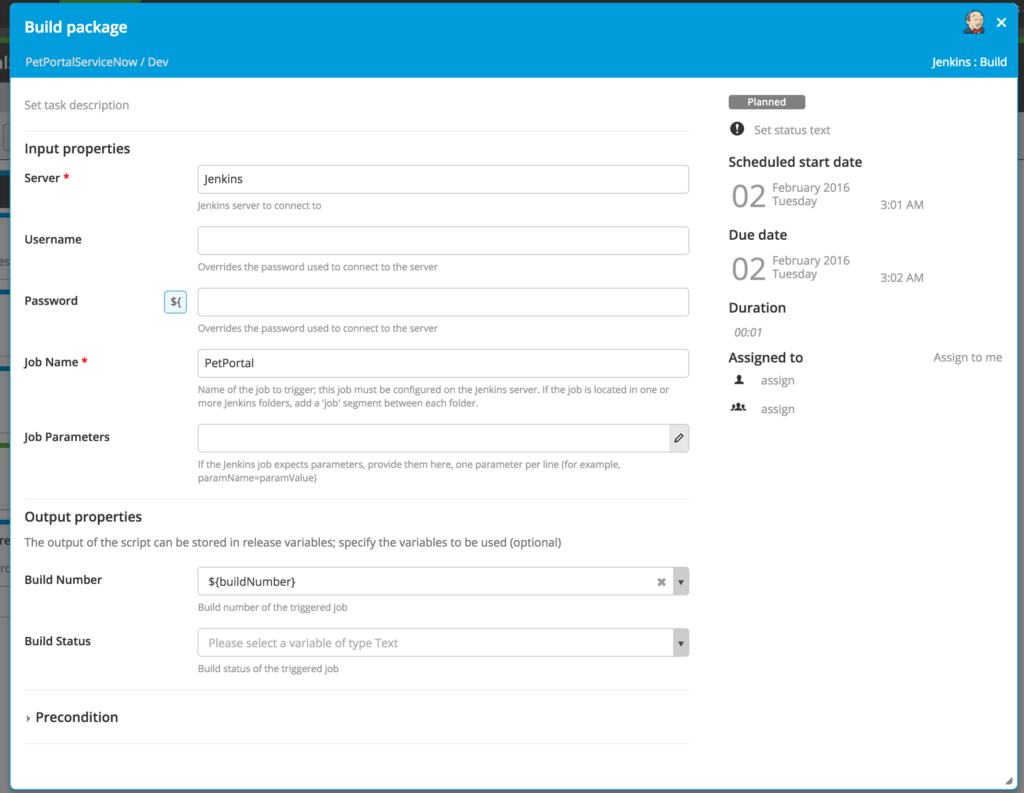 XL Release makes it easier to manage complex, multi-level and interdependent software release pipelines, no matter where you are in your Continuous Delivery journey. Sign up for a free 30-day trial and get better control, visibility, and automation for your release pipelines today.

Let's move on to the changes you'll need to make in Jenkins to capture environment variables: 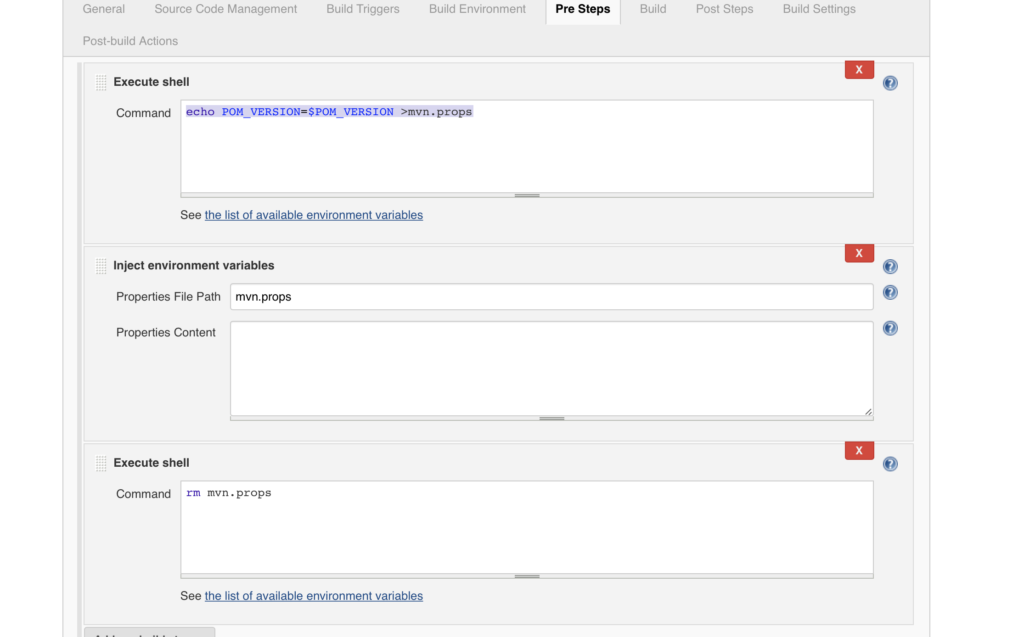 With the EnvInject Plugin, the XL Release task will be modified to access the environment variables through the expose REST API by this plugin.Sample :  http://localhost:8080/jenkins/job/petclinic/14/injectedEnvVars/api/json

Next we'll make changes to XL Release. Here we'll perform a type and script modification to add extra functionality to Jenkins task. To prepare for this, we first need to get the python script that's currently executed as part of Jenkins task. Take the following steps: 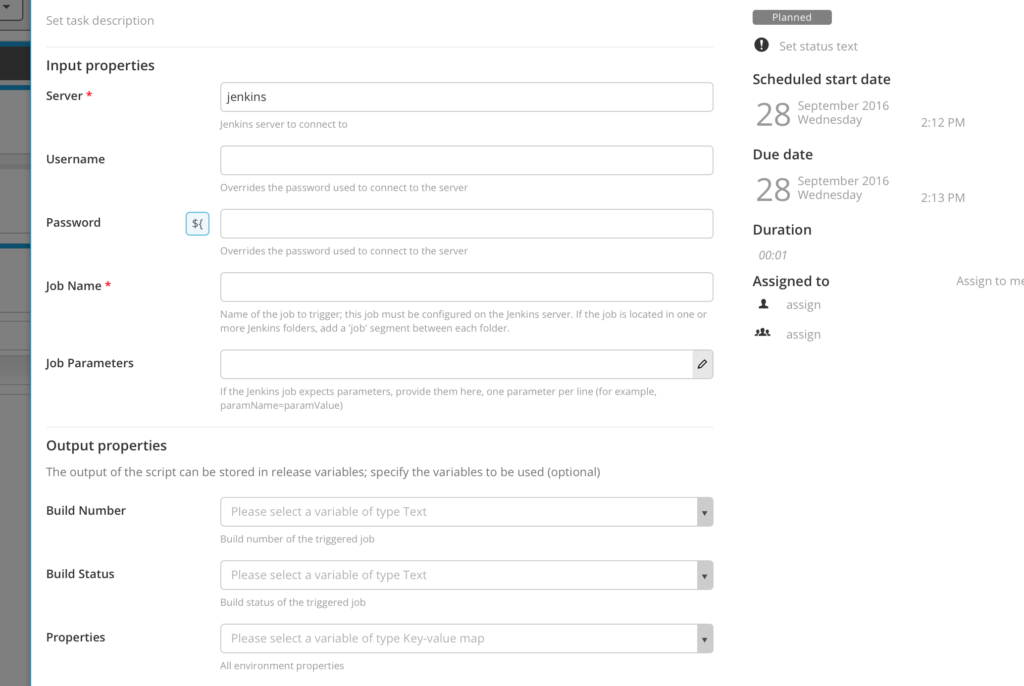 Once the Jenkins job completes, you can run a release and look at the task: 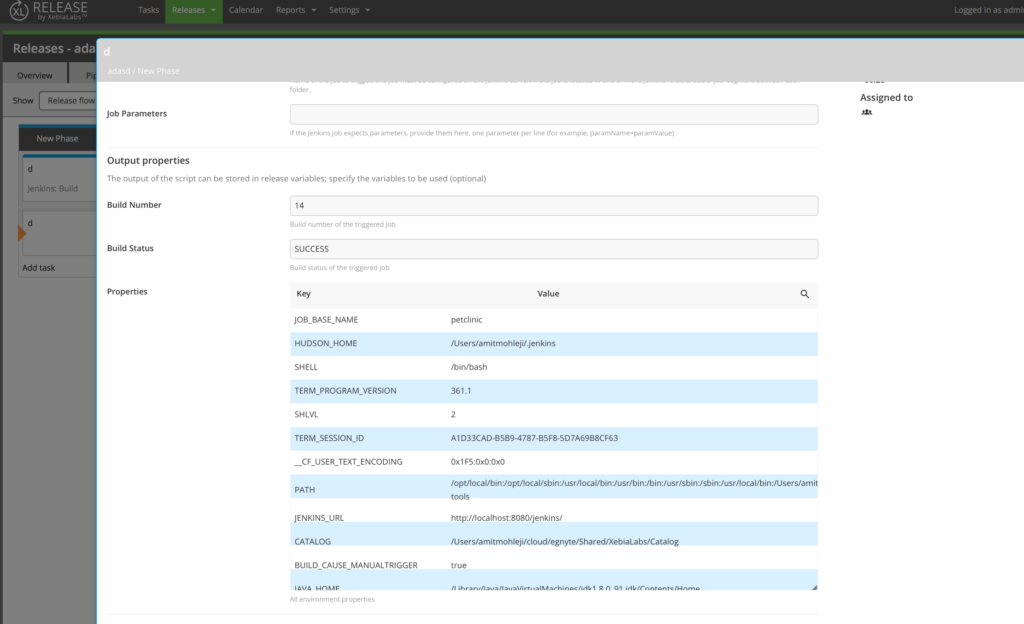 To create a variable as a map full of values, you can specify the variable in the properties field. Let's call that variable props. Continue learning how Jenkins and XL Release work together by visiting our Jenkins Solutions Page.