Come on, vagrant up! Saving Vagrant images that don't get a NAT address

As part of testing and demonstrating our advanced deployment automation1 platform XL Deploy, we at XebiaLabs use a lot of cloud and Devops tooling to be able to handle all the different types of middleware we support and build, CI and Ops tooling with which we integrate2. I was recently setting up a Vagrant3 environment to demonstrate XL Deploy's Puppet module, which automatically registers new Puppet-provisioned middleware with your deployment automation platform to enable application-tier deployments to it, and ended up wrestling for quite some time with a tricky VirtualBox problem. The issue in question has been around for over two years now, and relates to VirtualBox's DHCP server sometimes, under as-yet-undetermined circumstances, failing to allocate an IP address to the NAT interface. Since all Vagrant-managed images get a NAT interface by default4, this is more than a little inconvenient: Vagrant simply hangs during the VM configuration phase.

Since the problem doesn't occur deterministically, one way to work around this issue is simply to avoid having to reboot the image: play the "NAT lottery" until you get lucky by killing the VBoxManage process if the image is hanging and trying vagrant up again, then run vagrant suspend rather than vagrant halt and you can resume the images when you need them. That will work, but I wasn't particularly happy with this approach because, aside from me not liking the idea of repeatedly killing hypervisor processes (I'm somewhat of a pacifist in this regard ;-)), it effectively "cripples" Vagrant: the ease with which you can start, stop and re-configure images is precisely one of the things that makes Vagrant so useful! One of the things I quickly discovered is that, if you start a Vagrant-created image via the VirtualBox UI and it experiences the problem5, cycling the NAT adapter with ifdown eth0 && ifup eth0 fixes things: this second time, it is able to pick up an IP address from the DHCP server. 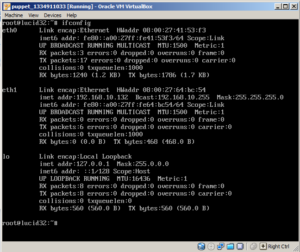 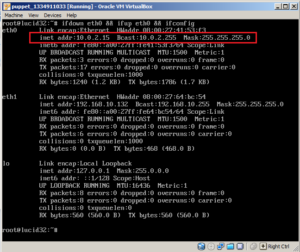 Unfortunately, this does't get you far with an image that Vagrant itself is trying to start: Vagrant creates headless sessions, so you can't actually access them through the VirtualBox UI until you've killed Vagrant and the VBoxHeadless process it starts. 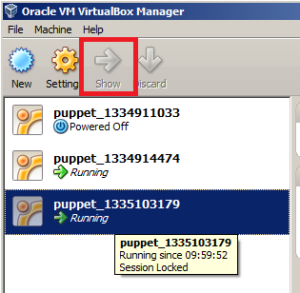