How 4 Companies Use XebiaLabs to Extend Jenkins for Continuous Delivery

For nearly every enterprise, the call to get high-quality software to customers faster is only getting louder. If your IT team is spending more time writing and maintaining scripts to deliver software throughout your DevOps toolchain than on creating the actual software, you may have extended your Continuous Integration (CI) process beyond its limits.

That’s because CI tools are great when used for CI, but as you scale, you need release orchestration and deployment automation to streamline and standardize your Continuous Delivery (CD) pipeline.

Don’t worry—you don’t need to give up your favorite CI tool! You just need to integrate it into your CD pipeline. With Jenkins World 2018 just around the corner, we thought it would be helpful to look at how a few XebiaLabs customers have evolved their Jenkins pipelines to Continuous Delivery.

The GE Power Fleet Services team develops software to remotely monitor, run diagnostics on, and capture analytics for the industrial Internet solutions they deliver. They wanted to move from Waterfall to an Agile approach, so they began by improving the front end of their software development process by using Jenkins for CI. After some time, however, they found themselves with a lot of software sitting on the shelf waiting to be released. The team decided that they needed to automate their deployments and orchestrate their release pipeline in order to deliver better software, faster. After researching several vendors, they chose the XebiaLabs DevOps Platform to streamline and standardize their DevOps processes. With XebiaLabs, GE Power eliminated release and deployment bottlenecks and minimized errors, while continuing to use Jenkins for CI. Since installing the XebiaLabs DevOps Platform, they’ve realized a 2X return on their release automation investment in the first year, and releases that once took months now take days.Learn more about GE Power’s story here.

To get new product versions and improvements to customers faster, The Standard Insurance Company needed to automate their processes. Yet the tools they used to drive automation created many dependencies and complexities, compounded by the shifting regulations and growing security concerns of the insurance industry. By implementing the XebiaLabs DevOps Platform, The Standard gained the control and visibility they needed to truly automate processes and orchestrate their releases. Using a single release orchestration template, The Standard was able to create “one pipeline to rule them all,” with repeatable processes across a dozen technologies—including Jenkins—to orchestrate the release of 300 applications into Production in just one year. They also used the platform’s deployment automation module to generate repeatable deployment plans that allow them to automate and standardize deployments to any environment.Learn more about The Standard’s story here. 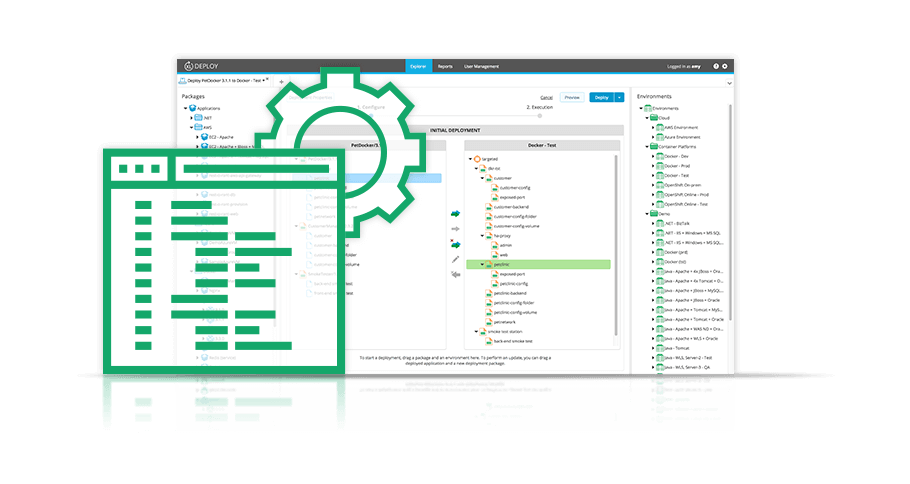 A few years ago, Amsterdam-based ABN AMRO Bank needed to mature their delivery processes to beat competitors to market. They started with a small Jenkins CI pipeline to manage code commits, with the end result being a deployable artifact stored in a Nexus Repository. While this process increased speed and quality in the pilot CI pipeline, deploying the artifact required manual checks, which created bottlenecks when they tried to scale across their other software delivery efforts. Today, the XebiaLabs DevOps Platform sits on top of their technology stack, with XL Release picking up the Jenkins deployable artifact from Nexus and setting off an automated process for change management, functional testing, and ultimately deployment. Once the deployment is done, the CMDB is automatically upgraded via an interface between XL Deploy and ServiceNow, and the application is moved on for release. This ability to frequently deliver small changes through zero-touch deployments, in a standard and repeatable way, enabled ABN AMRO to deliver mature CICD pipelines to its teams. Using the XebiaLabs DevOps Platform, ABN AMRO now has CD pipelines with over 100 applications on-boarded for automated deployment.Learn more about ABN AMRO’s story here.

KeyBank is one of the largest banks in the U.S. A few years ago, a major outage moved them to launch an investigation into their systems. The takeaway: the banking giant was so hamstrung by the density and complexities of their deployments and lack of standard configurations and automation that they could only release software four times per year. KeyBank knew they needed to modernize how they delivered software. They started by overhauling their old platform, including installing Jenkins, which they used in conjunction with OpenShift. The approach enabled them to increase the volume and speed of deployments, fix issues faster, and meet aggressive self-imposed deadlines. But while Jenkins worked well for CI, it did not include the advanced access and process controls they needed. For example, there were a few incidents where someone would create an extra job to do testing, and the test code found its way into Production. By adding the XebiaLabs DevOps Platform on top of their delivery pipeline, KeyBank not only kept Jenkins, but achieved their goal of combining speed and agility with fine-grained control over which software versions go to Production.Learn more about KeyBank’s story here.

Come visit us at Jenkins World 2018, happening September 16-19 in San Francisco, to learn more about using XebiaLabs to extend Jenkins. Register now and get 20% off of the price by using the promotion code JWXEBLABCUST.