NetDespatch is a company that makes best practices like DevOps and Continuous Delivery a core part of their everyday reality. As they adopted a Microservices architecture, they knew they needed to evolve their release automation process in order to scale and still meet their aggressive schedule for software deployments. 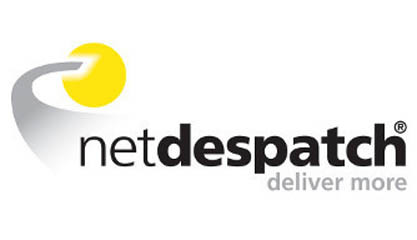 NetDespatch is responsible for processing millions of transactions every month as a leading Software as a Service (SaaS) retail logistics integration platform for postal and parcel carriers. The company has been doing Continuous Delivery for years. And as their processes grew more sophisticated, the time and pain involved in scaling complex deployments in an enterprise microservices environment was impairing their ability to meet business demands fast. They needed a solution that would simultaneously reduce release times while still enforcing necessary controls. So they adopted XL Deploy and its Satellite model to automate and standardize their deployment process, so they could scale their process to release software quickly and maintain their company’s market lead.

With single-day implementation, NetDespatch was able to see first success within hours. Since choosing XL Deploy for their automation and release management efforts, NetDespatch is well on their way to reaching their goal of deploying a new release in 6 minutes. And the release team now has crucial visibility into what is deployed on which servers. Deployments at NetDespatch have become non-events because they all follow a standardized process and they can scale to meet demands. NetDespatch CTO Matthew Clark noted, " The route to first success with  XL Deploy is quite quick... you can start to use the tool in such a simple way, and you can have your first component deployed the next day. It’s a helluva win. "At the end of the day, it all comes down to scale. Deployment time no longer scales with the number of nodes we deploy. It takes the same amount of time whether there are 50 or 100 nodes, and you can easily see what was deployed. "With XL Deploy, we know our new microservices will be deployable. If we follow the model, it will work. There’s a consistency you can guarantee."