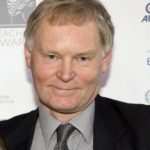 The UK National Weather Service is using XL Deploy for application deployment services. We talked to Alan Morbey, Configuration Management Team Leader, and asked him about the project. Heather: Alan, why did you begin this project at the Met Office? Alan: We needed to upgrade our in-house deployment solution for new releases of applications for our customers. At the Met Office, we provide forecasts for the public as well as offering a range of services and information for clients in the public and private sectors, so we need to deliver continuous updates and deployment of applications to improve services. Additionally we, as a team, were looking to support other groups in the organization; but taking on more responsibilities required a substantial improvement in efficiency of the deployment process. Heather:  Can you give us some background about the situation before you started using XL Deploy? Alan: The CM Team, responsible for deployment management, has historically been responsible for software configuration management but subsequently took on software building, and software delivery to customers principally through web-facing services.

Initially, the Met Office had many services bundled into just a few deliverables per release, which was easily achievable for the CM Team, but was creating stress amongst other teams. Releases were re-engineered, where each service was broken down into much smaller elements with little or no impact on other services. This helped the process with developers and testers but was not ideal for deployment:it meant 20-30 deliverables per deployment where previously there had been one and, with a constantly increasing volume of work, building the components and deploying the releases was becoming very challenging. At this point, we developed an in-house deployment solution. Although this helped ease the situation at first, it was not feasible in the long run, since maintenance and upgrades were very demanding on the team’s limited resources. Heather: What goals were you hoping to accomplish? Alan: We had a very clear list of what we needed to achieve:

Heather: To that end, what criteria were most important for you when selecting the solution? Alan: We were wary of overcomplicated solutions, and didn’t want a package that would not require extremely high maintenance. XL Deploy is a very focused product, with a simple interface, and designed to minimise deployment errors. We felt this was a solution that could actually save us time and help safeguard our production environment, key to delivering services to our customers. Heather:  Tell us a bit about the process of adopting the new solution. Alan: We did a short proof of concept with XL Deploy initially. It is worth pointing out that releases are not just about the actual deployment of releases, but also their preparation, where errors could also occur. If preparation for a release is done manually, each step needs to be checked to ensure it is correct. XL Deploy will do most of this work automatically, reducing the number of potential errors: once the mapping of application components to target servers is done, the team doesn’t need to worry about workflow verification and can simply use XL Deploy’s interface to execute the automatically generated and validated deployment plan. We currently manage a number of projects and services in the low hundreds, across dozens of servers. As with any system, there is some work to be done behind the scenes, but once that is set up in XL Deploy, the maintenance overhead is minimal, just minor adjustments. This was one of our main conditions. Heather:  What results are you seeing? Alan: The results are already extremely encouraging. There are indications that, after 6 months, the anticipated reduction of errors and increased efficiency is happening. Compared with our in-house system, deployment times have been reduced from 10 minutes on average per deployment to one minute or less with XL Deploy - with all deployments being automatically recorded, something which was previously not possible. Heather:  What can you tell us about your plans for the future? Alan: We have been able to increase the number of projects and services managed, now in the low hundreds with two major release windows. We also have numerous minor and interim releases per month, which will also be managed by XL Deploy. We expect that the use of XL Deploy will have a positive impact on other areas as well. In short, the more we use XL Deploy, the more we’ll see in terms of time savings and efficiencies. Read the Case Study