SeeTestAutomation is, as many people who work in mobile test automation know, a test automation tool for mobile DevOps. It comes packed with features and in 2016 we added even more components and capabilities.

Here are some of the most interesting and important new features and innovations we rolled out in 2016.

Device Monitor – This goes beyond testing how your application works. Testers can now monitor a device's CPU and Memory while engaged in mobile test automation. Tjeu can choose as many or as few monitors as they want to run while performing different tests. The reports that each test generates will not include those monitors. This gives testers deeper insights into how their applications are performing on a device. It also allows them to tweak their applications even more before going to market. 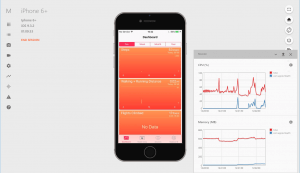 Advanced Touch Capabilities – This new feature allows testers to simulate the actions of a device user who is completing touch-based actions on their device. Divided into three main actions "touch-down" is the action of a finger touching a screen and being held in place. You can set how long a finger needs to be touched down before the next action is taken. "Touch-Move" is the next step in which you can choose how the user should move their finger in order to complete the task that you are testing. "Touch-up" completes the test action and simulates when a user takes their finger off of the screen. Tests featuring the gesture feature generates image mockup of how the gesture would appear on the screen, for use in reports.

Sim Switcher – With the sim switcher you can connect a device to a piece of off the shelf hardware, and use that to test every sim card configuration on a network. For example, a telecommunication company with many different plans and offerings can set up tests on an application and test it through each different sim card option that they offer. This is beneficial in that it will speed up the time it takes for mobile test automation while delivering better testing coverage.

Mock GPS Location – Test the way your application operates by simulating any location. Set the latitude and longitude and run the test as if you are standing anywhere in the world. This makes testing location-based features of an application much more simple. Additionally, it removes the need for testing teams to physically travel to different locations for testing.

Camera Mockup – This option allows testers to test applications that use a device's camera. Some of the test cases for this feature include scanning checks, scanning documents, or reading barcodes and QR codes. 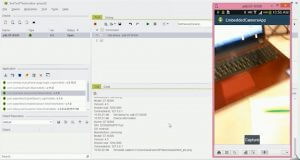 Audio Injection – Many applications are connected to a device's microphone in order to accept voice commands and perform operations based on these commands. SeeTestAutomation now includes a way for testers to test this feature on their application. Simply inject an audio file and test to make sure the audio commands function properly on the device. The connection is two way and allows for recording as well as playback. In a future update, we will add the capability to simulate audio without needing any physical devices or hardware. 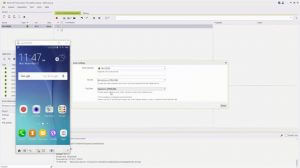 We are ceaselessly working to eliminate any mobile test automation challenges that enterprises might face. This includes a cloud mobile testing option. Be sure to check back and discover what other features expanded the capabilities of our other products.