Should Your DevOps Team Shift Their Automated Testing Left Or Right?

DevOps is not all about developing and releasing applications; testing is also an essential part of the process. Every software delivery lifecycle has an automated nature. Automated testing allows the testers to test and validate all the expected results.

The teams that perform testing earlier in the development phase help the developers check the entire lifecycle before they proceed to the execution phase. The developers validate the coded fields regularly and avoid data loss and other coding bottlenecks.

That being said, there are two essential approaches to testing during the application development process. These include Shift Left Testing and Shift Right Testing.

Dig in to know more about Shift Left Testing and Shift Right Testing, and how they fit into a continuous testing environment.

What Is Shift Left Automated Testing? 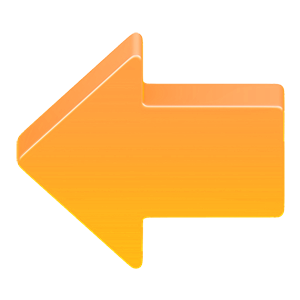 Shift Left Testing in Agile Development process means that the testing starts much earlier in the application development lifecycle. It becomes a part of continuous integration (the practice of merging all the developer working elements to shared mainline several times a day) so that you can detect and fix the issues in the initial phases.

The tests run for every build. The result is a higher quality code along with the optimized system performance. An IBM study found that it is 100 times more expensive to fix a defect that is found after it has been released.

If you wait longer to test, chances are that developers have to modify other parts of the application to fix one issue. The problem is usually in a part of one whole phase.

So, whenever you start the automated testing earlier in the cycle, the team is more focused on quality. Moreover, it saves time and reduces the number of iterations that have to be performed on the code.

Even, SeeTest works as an ideal option for Continuous Testing, with Shift Left Testing. It walks you through the integration process with a CI environment and helps you run the tests for both iOS and Android devices.

What Is Shift Right Automated Testing? 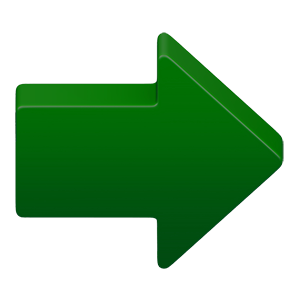 Testing early enough is simply essential in an application development lifecycle, but it is not enough. It does test the application frequently through the cycle, detects the issues and bugs beforehand, but the main goal is to increase the quality of code and shorten the test cycles.

By performing only left testing, you also take the risk of neglecting the parts of the execution phase.

That is when; the Shift Right Testing comes into play.

Obtain user feedback continuously via Shift Right testing, a form of user acceptance testing. This helps spot post-release issues before the end users notice them. It also helps to address uptime, response time, and mean time between failures of an application.

Overall performance in regards to failure tolerance and functionality is also monitored continuously and fixed accordingly. The tester also gets a better idea of the requirements in the elicitation (the practice of discovering the requirements from users) and finds a way out for better execution.

Left and RightTesting: A Tester's View

When Shift Left and Shift Right come to the attention of testers, they consider that moving the process to the left and right of the development lifecycle should be their top priority.

It is easy to recognize the value of the application in earlier stages and the quality in the latter stages. It is also important that there is ‘continuity in the pipeline.'

The actual practice of automated testing should consist of effective testing measures done at the right time and during the ideal phase. Such an approach helps the developers to understand, where the application lacks, and how it needs to be fixed.

It is an environment where automated testing runs as a part of the application delivery to gain immediate feedback on the risks that concern the execution. This practice requires the developers to send the code into a shared repository. That way you test your code and detect any problems early.

It also reduces the waiting time for feedback to developers by performing the traditional and environment triggered tests. Moreover, it helps both testers and developers mitigate the risks before they proceed towards the further Software Development Lifecycle Stages.

SeeTest is also one continuous testing platform and a tool that lets you perform automation testing for both mobile and web apps.

Some of the benefits of leveraging the continuous testing environment include:

When your DevOps team uses Continuous Testing, it encourages them to use a systematic approach that enhances the complete application development process.

Shift left testing and Shift right testing are both useful concepts. So, instead of using them in chunks, the best approach is to make the ‘testing continuous' across your pipeline. The continuous testing integrates into the development process, accelerates the software delivery, and assesses the overall business risk coverage.

SeeTest is a continuous testing platform for both mobile and web apps. It integrates with any CI environment with the tools like Client Configuration Object, Jenkins, HP ALM, and Microsoft Team Foundation Server.

SeeTest works as an ideal option for Continuous Testing, with Shift Left Testing as it walks you through the integration process and how you can create files and run your tests. Perform continuous testing with SeeTest, and increase the quality along with accelerating the release cycles.

The main goal of automated testing is that the application offers the best functionality to end customers.