Testers, Orgs, and the demand for Java jobs

In agile product development (or any responsible product development environment),  people don’t just talk about high quality, they are passionate about  it.  Think beyond software…companies build marketing strategies around  quality.  Fruit of the Loom, Zenith, Toyota…all have marketed solely  around quality.  But for far too long, software development processes in general  have treated testing as a second class citizen.  Have you seen any of the  following scenarios?

If you have witnessed any of the above scenarios, then you have seen  firsthand a testing environment in a sad state.  I can’t wave the magic agile wand and change the world – I think you need a couple hundred kids  holding hands and drinking Coke to change that.  I will, however, give  some ideas on how we can start righting this ship.

Respect testing, and make it evident by hiring practices and job duties

Testing cannot be viewed as ‘entry level’ into agile software development.   It is not the place to bring the director’s kid in to learn ‘how the  real software world works.’  It is not the job for the secretary that  has been very loyal for 5 years but now wants a little more pay.

To have great testers, start off by respecting the role and only hire  great testers.  People with experience in positive as well as negative  testing;  people who care about your users and know their experience.   With a position that you respect, you simply won’t expect the person in  that position to repeat mindless tasks.  Expect them to master their  domain and be able to automate mundane and repeatable tasks.  The kids  that didn’t want to learn were the ones that stayed after class washing  the erasers – the kids that learned went on to explore more fun and  interesting topics.  You want people with the same passion for testing –  they have the curiosity and desire to get outside the box fast, learn,  and try to break the system.  Finally, make these people part of the  discovery process as a complete member of the agile team throughout a project.  The best discussions I hear are when a team is talking scenarios upfront in  regards to a product.  ‘What should happen when…’  ‘Wouldn’t this  make more sense?’  ‘What about if this one really weird thing that  happens all the time happens?’  A great tester brings another critical  view to how a system should be experienced.

Should testers know how to code?  Would you want to drive a car that  was fixed by a mechanic that couldn’t drive?  Testers don’t need to know  how to write the code for your product, but they need to know how to  best automate their tools and tests which will require understanding and  comfort with code. 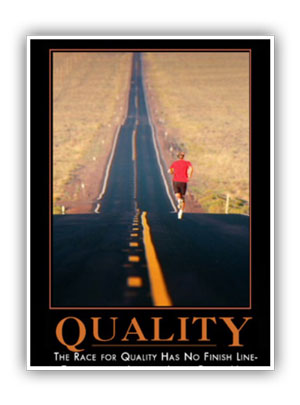 I am convinced that once the we start respecting testing more,  forcing back quality issues to irresponsible developers sooner and  holding them accountable….the demand for developers will start to  become more normal.  In most organizations, testing is an afterthought.   Problems are not prevented, they are found and often too late. When you have enough great testers, that model changes and you start  actually preventing problems, which lowers the cost to support  applications as well as the need to hire more developers.

There are amazing companies making money hand over fist with a small  delivery team.  How can they possibly do that? They respect quality and  they only hire top quality-focused individuals.

Last but not least, let’s get rid of titles

My buddy Steve Ropa has mentioned a few times how developers change in agile, as well as a need for a reflection on words and titles in a team.   I couldn’t agree more.  Let’s get rid of the titles of ‘developer’ and  ‘tester.’  Testing is even more misunderstood by recruiters than  development.  Throw in the towel.  Let’s hire great technical resources  that communicate well and understand how to work on agile teams to create  something great.  Some may focus on code to create the product while  others focus on code to prevent problems.  Everyone will focus on  ensuring quality and to the greatest extent they can, discovering ways  to make their product better as soon as possible.

The post Testers, Orgs, and the demand for Java jobs appeared first on VersionOne Blog.