Where Are We Going Out After the Meeting?

I haven’t posted for quite a while, mostly because I’ve been spending a *ton* of time with
some really amazing clients.  What a great year!  Teams are really starting to move forward with those aspects of agile that really make a difference.  The theme for the year has migrated from “How can we *do* agile?” to the more appropriate and infinitely harder “How can we *be* agile?” This is the goal for 2013, for sure.

As I’ve been working with teams, I’m starting to uncover certain aspects of teamwork that really make a difference.  Some of these are things I mentioned in my previous musically oriented blogs, such as the often discussed cross-functional nature of team members, or the willingness to pick up an instrument that isn’t necessarily your specialty.  Now I want to talk about having fun. 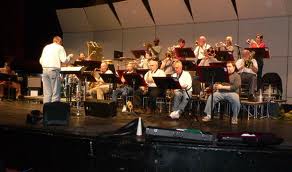 ends up talking about going out.  We usually say that rehearsals will last until “beer-thirty,” or discuss where we are going after the rehearsal.  Now, it isn’t about alcohol, and not everybody goes.  The reason we do this is that we actually *like* to spend time together, not just working.  And yes, a rehearsal really is work.  It’s enjoyable work, but then again so is programming.

OK Steve, how does this apply to agile teams then?  I’m glad you asked me that.  The 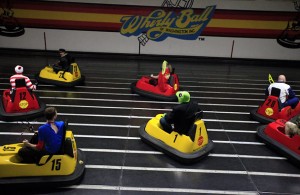 teams which I have seen be the most successful are the teams who actually spend some time out of the office together.  Not just crazy team building exercises (kudos to the VersionOne PS team for soundly beating our Services team in WhirlyBall) but also just casual get-togethers.  Getting out of the office to just let your hair down is a great way to get beyond the cold, stark realities of the office.

Some of the teams I’ve been working with have developed this kind of a cadre at several different levels.  I’ve seen it not only with specific teams, but also with some of the more successful management teams.  They have developed a non-verbal communication style that makes it easy for them to understand and support each other, as well as their teams.  And I’ve seen them in no uncertain terms call each other out, asking hard questions and getting just as hard answers.  No hard feelings, just good honest communication. I have found that teams who are able to go out from time to time are able to communicate better. They develop a common frame of reference and are able to relate on a more comfortable basis.  This comes in handy when they need to start communicating things that aren’t necessarily good news.  Or asking someone to step up if they are falling behind.  These communications shouldn’t happen while out; but being comfortable with each other makes it easier to have those conversations back at the office.

Now, a final word on this.  You can’t force this.   You can’t tell team members, “I expect you to go out on your own time once a month and have fun.” What you can do is support it and provide an atmosphere that says it’s OK.  Start with something simple like telling the team that if they want to go have lunch together the next one is on the company.  Or maybe at the end of a grueling planning meeting say, “Hey, who wants to go grab some hot wings?  I understand it’s trivia night tonight.”  Make sure it’s casual, make sure people who choose not to go don’t feel like they aren’t part of the team anymore, and for heaven’s sake HAVE FUN!

The post Where Are We Going Out After the Meeting? appeared first on VersionOne Blog.