XL Deploy provides fine-grained security settings based on roles and permissions and allows them to be configured through the CLI and in the GUI. In this example, we'll be setting up security roles using the GUI. The example environment has two applications, OnlineOrders and SiteSearch that are both deployed to a test server before going to production. There are two different teams developing and deploying the applications. One team can't see the other's team application. Moreover, developers can only deploy to the test environment. Deployers can deploy both to the test environment and to production. We'll set up different security roles for the different users in the organization. This example assumes that there are already users and groups present in the system, for example by way of LDAP integration. For more detailed information on XL Deploy Security (including LDAP integration), please refer to the XL Deploy Security Manual

Here's an overview of the environment for this example. 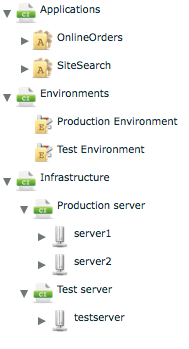 We have two applicatons: OnlineOrders and SiteSearch. They're maintained by two different teams and deployed independently. Both applications are deployed to the same environments: The Test Environment, containing one server called testserver and the Production Environment, that contains two physical servers, server1 and server2.

Enter the name of the role in the first column. The role is used within XL Deploy only. In the second column, 'Principals', you can specify a list of users and groups. If you have configured XL Deploy to point to your LDAP directory, you can add users and groups from LDAP here. To enter more than one principal, use a comma-separated list. Hit Save to persist the changes. Note that the UI will display the roles in alphabetical order.

The following is important enough to put in italics:In XL Deploy, you can only set security permissions on directories.That means it's not possible to set permissions on individual CI nodes, like Packages or Environments. In practice you will need to impose a folder structure on your repository in order to set fine-grained permissions. The advantage here is that security will be explicit and localized in one place. Note that the root nodes in the repository ('Applications', 'Environments', etc.) are a special kind of folder and also allow setting of permissions. Now let's add some directories. Go to the Repository browser, right-click on Applications and choose New > core > core.Directory. Name the new directory "Order". Now move the OnlineOrder package into the newly created Order directory by way of drag-and-drop. Following this procedure we create the following structure: 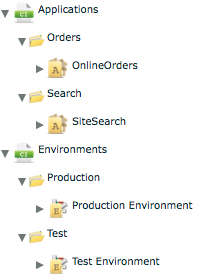 To assign roles, right-click on a Directory and choose Permissions. Let's start by assigning roles to the Applications/Orders directory. 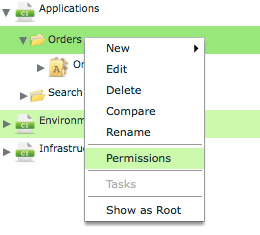 This means that both the Lead Developer and the Lead Deployer are allowed to add and remove applications in the Orders directory, but regular developers and deployers assigned to the project may only upgrade an existing deployment, say from OnlineOrders 1.0 to 2.0. We can do a similar setup for the Search directory, substituting the OnlineOrders Developer and Deployer roles with the corresponding SiteSearch roles. Note that if a role is not added to this screen, it effectively has no permissions. To remove a role, simply untick all its permissions and hit Save. Now we'll set permissions to the Test environment. This environment is can be accessed by both development and ops teams. Simply add all roles and grant all permissions to the Lead Developers and Deployers. Regular developers / deployers have more restricted access.

For production, we only want deployers to have access. Only the lead deployer may alter the environment from XL Deploy. 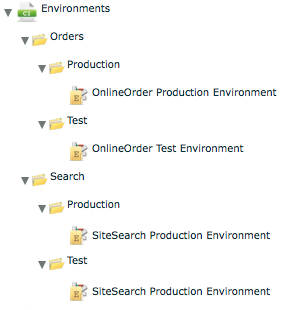 After setting up the security roles, users will have restricted access to the UI. For example, this is what an OnlineOrder developer will see when logging in: Note that the SiteSearch application and environments are missing, as well as the Production environment for OnlineOrders. The Admin tab is also inaccessible. 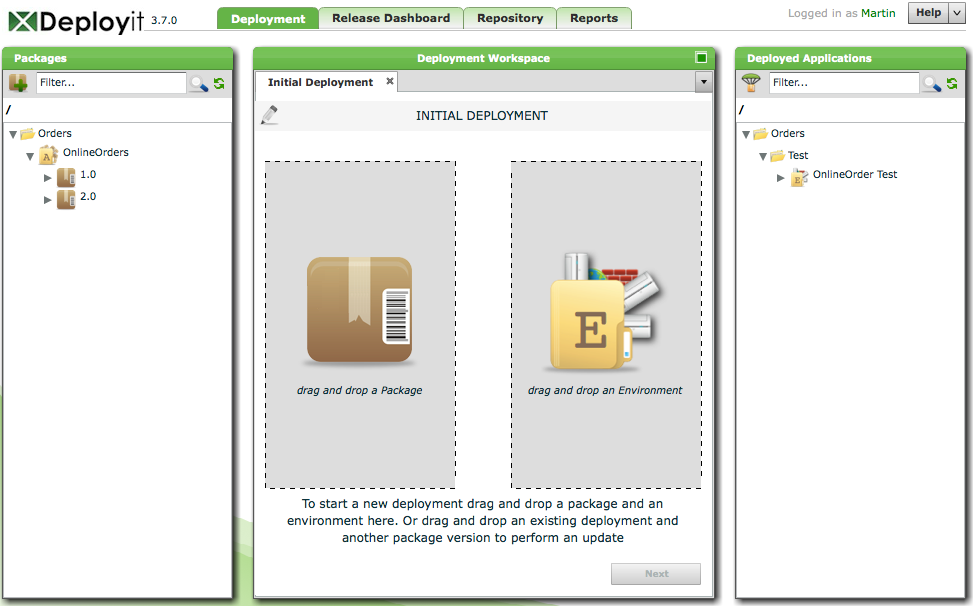