"I have not yet met a software developer who is more proud of the ROI of the software they develop than they are of the human response to what they are making. The history of our species has been to find creative ways to use tools to make our lives easier, and software is nothing else. So if I feel that what I am building or hoping to help other people build, isn’t, it becomes a little bit more boring." 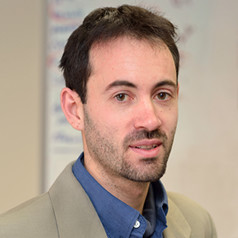 In the midsts of product launches and keynote speeches, I was able to sit down with one of the foremost thought leaders in the DevOps world to talk about the why's of an ever changing industry and the life of a 33 year old Vice President of Products.  Whether you have seen him jumping out of planes or speaking about software delivery on the big stage, Andrew Phillips pushes the limits of the technology world without forgetting the people and tools that led him there. This is Beyond The Laptop: Andrew Phillips

What did you have for breakfast?

"Some really good oatmeal, almonds and berries. Normally breakfast is a session on the laptop.

What is your background? Were you always a DevOps nerd?

"I started on the road to becoming a career scientist, my background is in AI and Mathematics working on computational neuroscience, how our brain works as a thinking machine, which was very fascinating until I moved to the Czech Republic (for a girl) where there wasn’t that much work for a non Czech speaker going around in computational neuroscience so I ended up in IT instead. As a software developer, I starting thinking while its fun to build interesting software it’s a rather introspective kind of approach. I worked with TomTom for a while, the GPS guys. This was the first time that I was building software that was actually used by people I met socially and I started to thinking about software as compared to other professions and really wanting to do something with software to achieve something."

So why the CD/DevOps field?

"The thing that motivates me about these two fields is that they are related to this idea, that part of being an ethical professional who works with machines, is to make these machines do good and useful things for other people and that means creating a connections with the end user. So for me CD is just a process approach that tries to make that possible."

Can you define DevOps?

"No I don’t think anybody can. Of course, there are many definitions out there, and that causes a lot of confusion, which isn’t helping. But I think the important point is not to get fixated on any particular definition of DevOps because that implies that meeting that definition is somehow a legitimate goal. DevOps isn’t a goal, it’s a means of trying to achieve your goals. So you should define your business goals and apply practices and approaches that are out there to get closer to that. Whether that means you are “more aligned with” one particular definition of Devops or the other (or none of them!)…who cares?”

Is DevOps a culture or a process?

"Neither, it is a mindset. I think DevOps boils down in many cases to a number of reasonably well defined processes that the very first couple of DevOpsDays featured in a bunch of talks, where some of the first people to talk about this said don’t copy what we do, try to understand what problems we are trying to solve and learn to think the way we think. That’s a statement that is as profound as it is glib."

When it comes to DevOps, what do you wish people thought more about?

"I would like people to think about more, is not how do we do DevOps but why are we doing DevOps. Because from the why you should be able to derive the how. Where as if you only have the how and not the why, then it is very difficult for you to know whether you are doing things right."

Can you give me an example of one of these methodologies being taken out of context and used as just a word.

"Something like a DevOps team or a DevOps engineer or anything along those lines. Its obviously total nonsense. DevOps is not something that an individual does, DevOps is a way that we all want to act together. Its like saying you have a camping team, you don’t have a camping team, you go camping together, its an activity, but beyond that, there's an 'outdoorsness' feel to it, you can't boil it down to having a camping czar and he’s going to do all the camping in the organization. I am just repeating what others have said before me. I think there is a more nuanced way to talk about this."

You have been speaking a lot recently about containers and microservices, is this what the future is going towards right now, should everyone be concentrating on microservices and data centers? 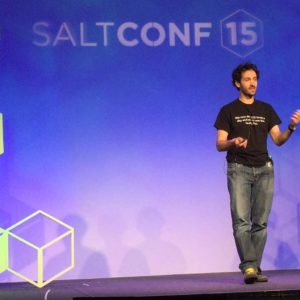 g to be a surprise that the answer is no. Microservices are a technical thing and they make a lot of sense for use cases but until you figure out your problem, there is no use in adopting them for the sake of adopting them. Microservices are the server-side version of distributed computation and they make sense for the all the same kind of reasons. They are more flexible, they are easy to change in isolation, you can experiment with them more nicely, you can make them more portable, you can move things around, there are lots of classic arguments that point to this. This is nothing new. You should bear in mind that this is a very new space and there are many new questions, and like in any new space you need to be aware that if you jump into it now, you going to have to be prepared to have the emergency care capability that any emerging technology needs."

What is your favorite part of being the VP of a multinational company, such as XebiaLabs?

"Learning more about Powerpoint than I ever thought? No I'm kidding, the great thing is, is that we are doing something that a lot of interesting and cool companies are trying to implement, and they are willing to work with us to make it happen. The other things that are fun is we are a very global organization, I lost count last time we did a language count on how many languages we speak at Xebialabs. So I think for an organization our size, growing as it is, we are an incredibly diverse bunch and it’s a lot of fun." 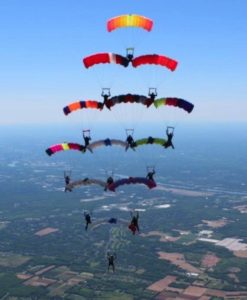 What do you do when you are not working?

"Try to sleep. In the hours that remain when I am not trying to help customers or building Powerpoint slides, I try to stay as real as I can when it comes to technology. I am a member of the Apache Software Foundation and the VP of the Apache jclouds project right now. I survived writing a book, which was a lot of fun. I have an enormous increase in sympathy for people who go through the editing process. Writing a book is easy but editing a book is painful. My most recent book is called Scala Puzzlers. We use Scala internally and it is one of the most interesting languages out there right now. Other things I do, I work on open source, I try to spend as much time as I can with my girlfriend, then I relax by jumping out of planes and flying in wind tunnels.

Where do you see XebiaLabs going in the next year or two?

"What I am saying is not far beyond what people might guess. Ultimately, 'write better software to make our users happier' needs to go beyond just the mechanics of how to get software from point A to point B and it needs to go into the entire process of how do I know what my users want and how do I verify that what I give my users actually makes them happier. For me its like the CD maturity chain is first 'let's deliver software better', second 'deliver better software better'."