How a Release Chain of Custody Secures the Software Delivery Process

If you’ve ever watched Law & Order or read a John Grisham novel, you probably know how important it is to record the chain of custody for a piece of evidence in a legal case. The chain of custody doesn’t just detect and prevent evidence tampering; it also establishes that the evidence is actually related to the crime in question.

In the world of software delivery, a release’s chain of custody is equally important. It represents everything about a release at any given time: the release tasks that are involved, when those tasks were executed, and who executed them. Just as the chain of custody for a piece of evidence involved in a legal case proves that that evidence was handled properly, the chain of custody for a release proves what happened, when it happened, and who made it happen. An accurate, visible chain of custody enables stakeholders across the organization to track features as they move from code to Production and to verify that required security, compliance, and quality checks are run during the release process. An immutable, detailed chain of custody is also crucial for completed releases because it ensures that teams can satisfy audit and regulatory requirements, even after the release is out the door and in Production.

Visualize the Release Chain of Custody with XebiaLabs

The XebiaLabs DevOps Platform secures the complete release chain of custody for all types of releases; from legacy applications running on-premises to next-gen apps running on public, private, or hybrid clouds. For example, the new deployment dashboard allows everyone involved in the software delivery process—developers, QA testers, release managers, and business stakeholders—to see who took action on a release, what action they took, and when they took that action. 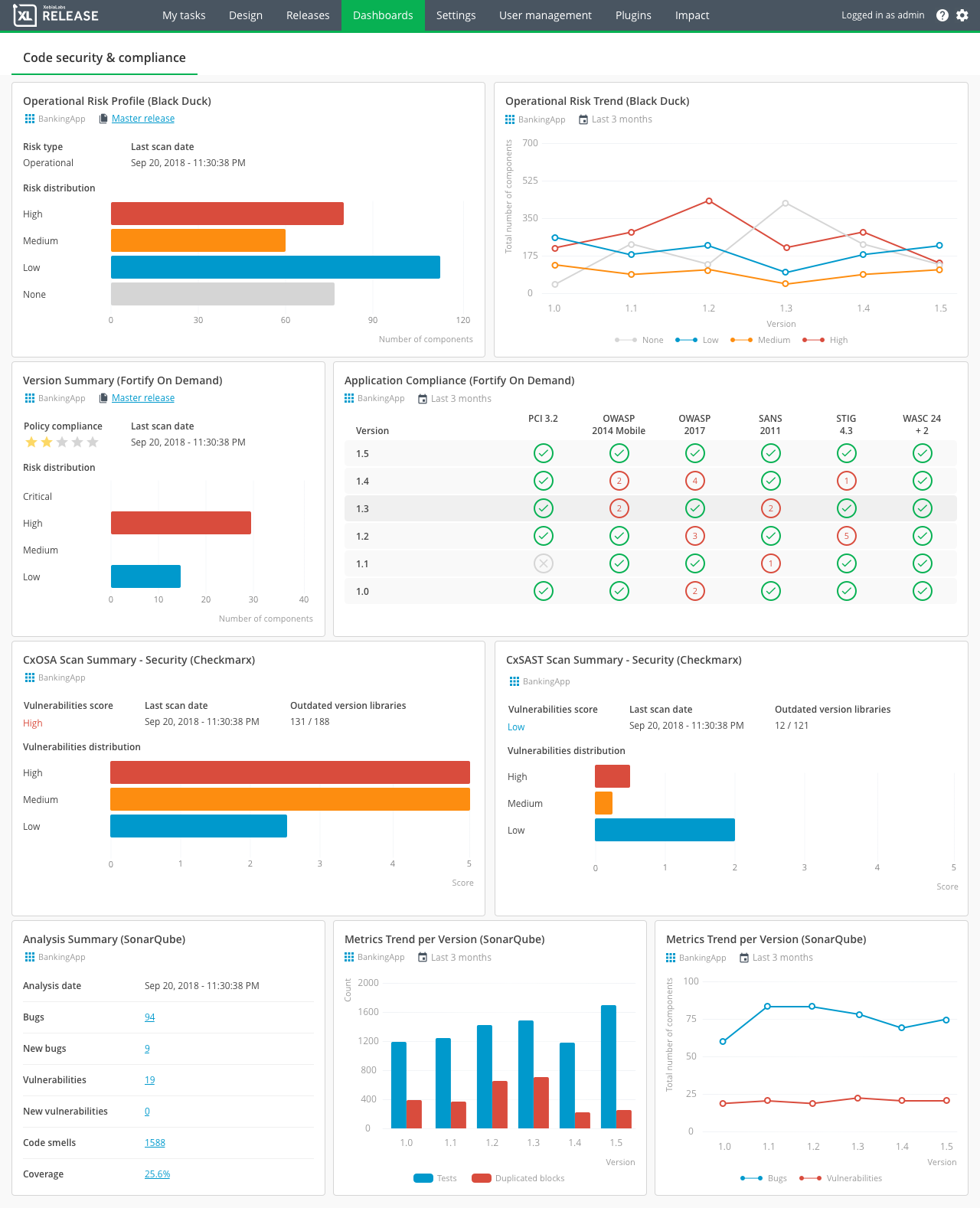 The dashboard provides an advanced view of the entire deployment landscape: from applications and teams, to deployment tools and processes, to target environments both on-premises and in the cloud. It enables both technical and business stakeholders to: