Recently I was with a customer who had done a lot of work with Puppet to provision their servers and they were interested in leveraging that Puppet work when they migrated to XL Deploy and XL Release.  They had discovered that Puppet did a great job provisioning their servers, but was not so good at releasing their code.  I was quickly able to show them how to integrate Puppet with XL Deploy. 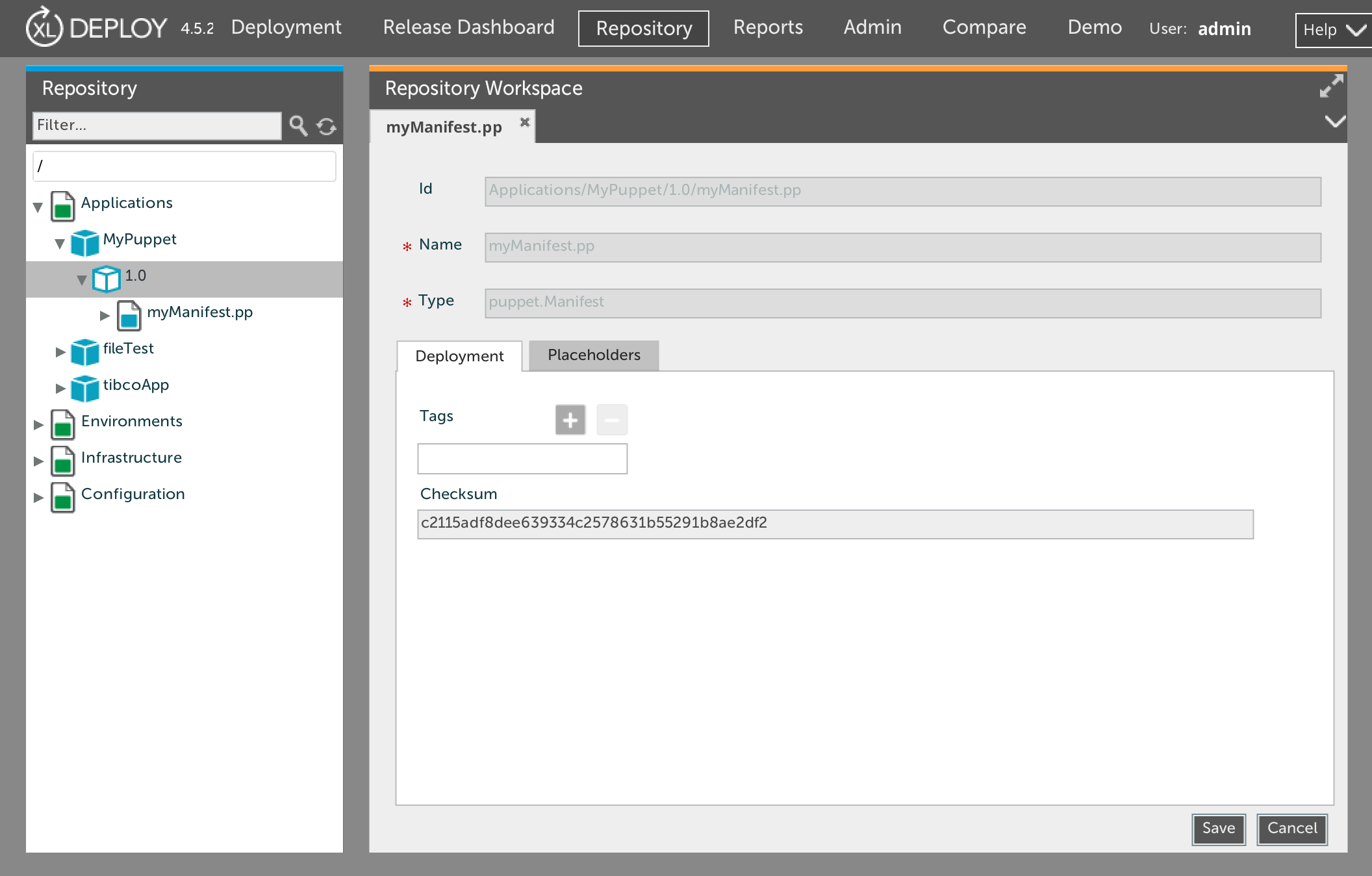 Once we have our application added in our repository we can install it like any other application in XL Deploy.  If we wanted to, we could add other XL Deploy types to our application.  XL Deploy's model based approach to defining packages will allow XL Deploy to determine the right place to deploy this package in each environment and at what point during the installation process the package should be installed. Now that we have an application based on our puppet manifest lets install it.  Our puppet manifest file needs to be installed directly on an overthere host.  I have one of those in my XL Deploy server and the deployment looks like the following: 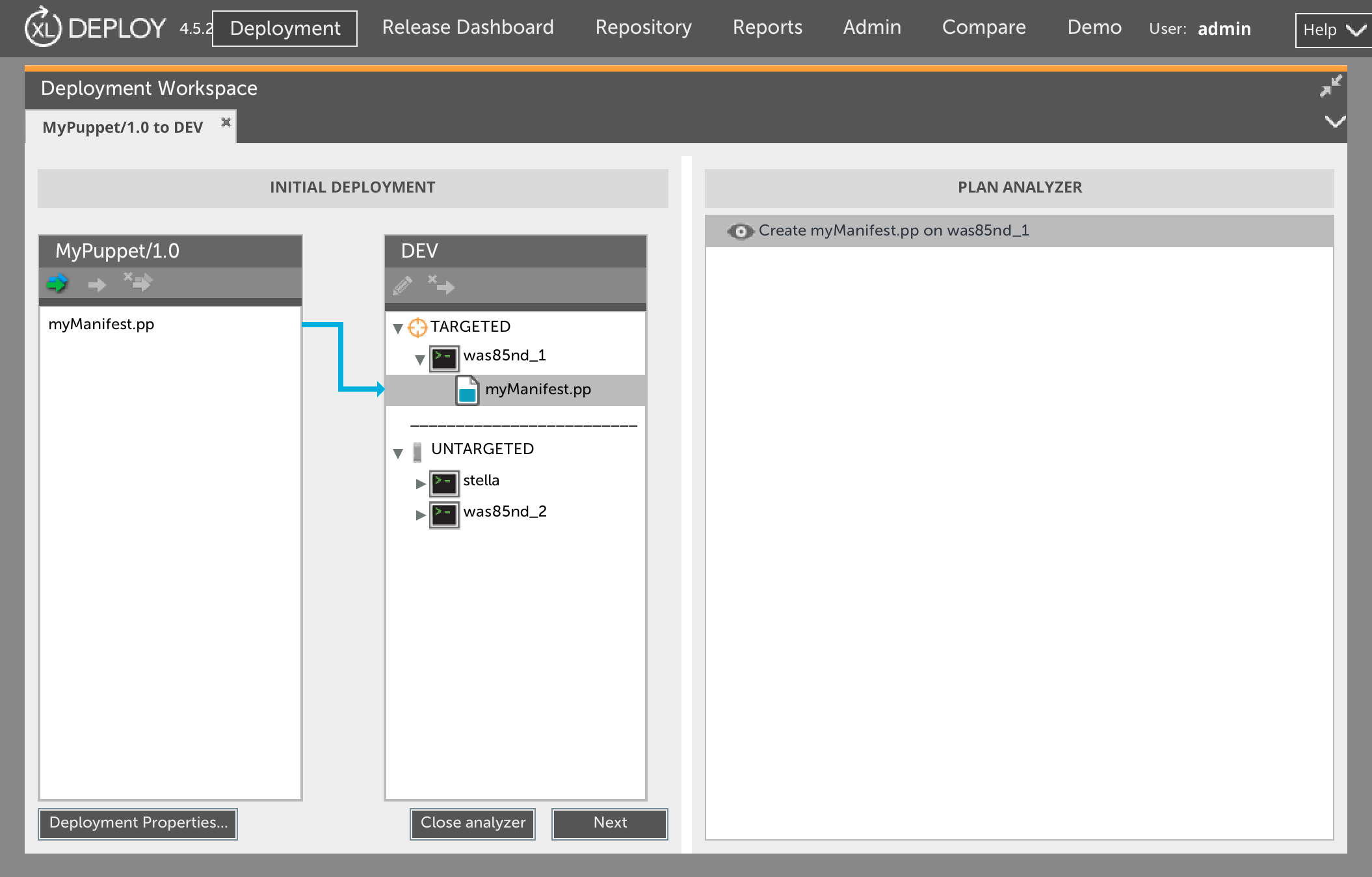 We can see from the deployment plan that XL Deploy only has the one steps to copy the manifest over to the host and install it.  In XL Deploy we can look at what it is actually going to do to install this file.  By double clicking on the eyeball above we can see the script that will be executed to run puppet on the host as follows: 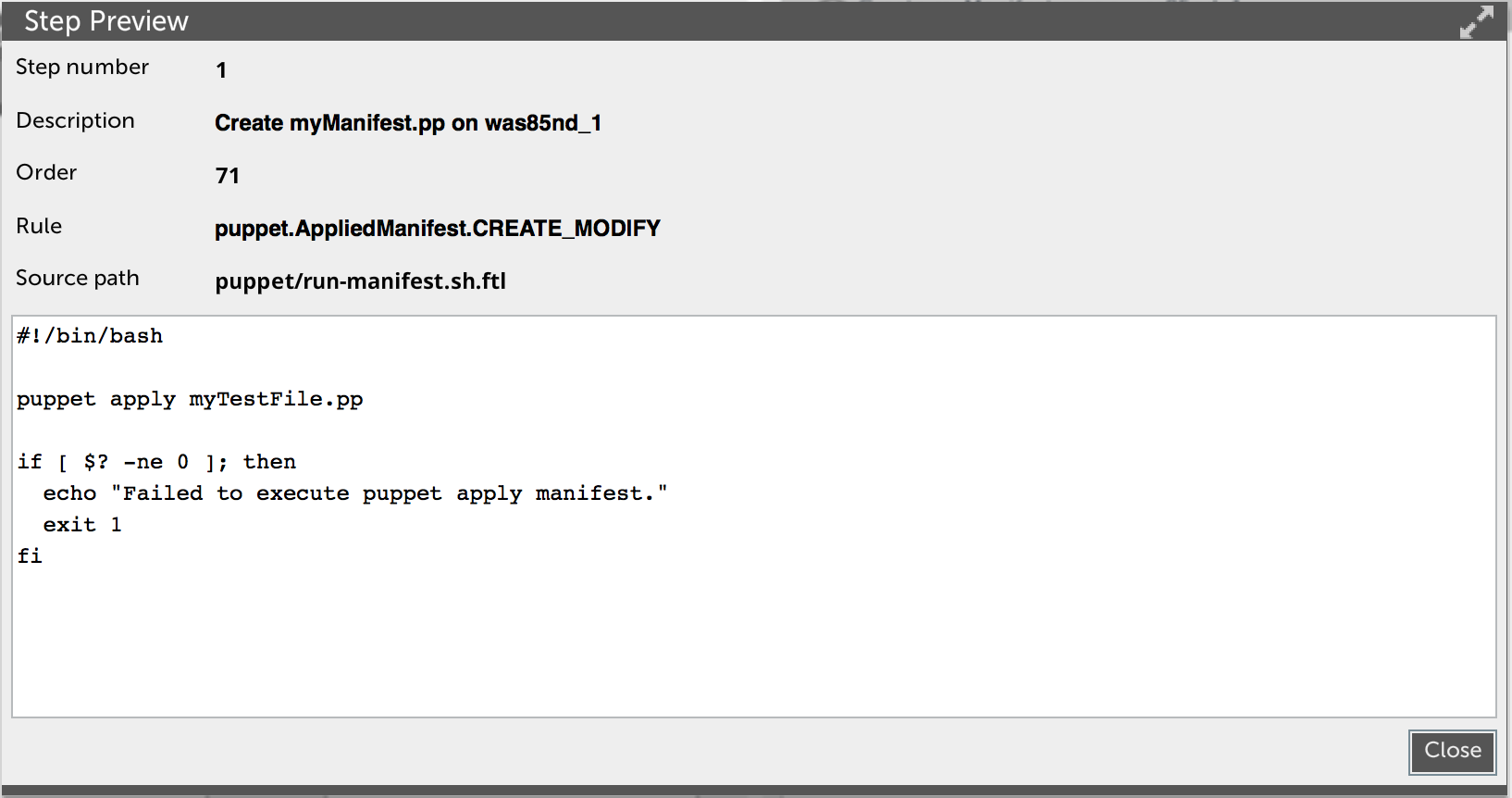