When talking with users about how to optimize releases/pipelines in XL Release, the question sometimes comes up of whether it is possible to run multiple phases in parallel. As of the current version (4.0.7), that is not the case: phases are always executed in sequence. But it's easy to define your release/pipeline flow so that multiple sets of tasks do execute concurrently, as intended. Here's how: Assume we have two sets of tasks that need to be executed as part of our release/pipeline: functional UI tests and functional backend tests. If we model this as two phases in XL Release, Functional UI Test and Functional backend Test, the functional backend test tasks will not become active until the functional UI tests have been completed, which is not what we want. 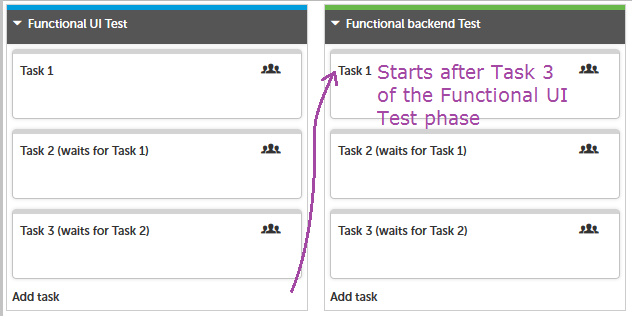 If instead we model the UI tests and backend tests as two groups in a Functional Test phase, we can achieve the execution flow we are after (the right-hand view is from the Planner, which is a really convenient way of visualizing the dependencies between the tasks): 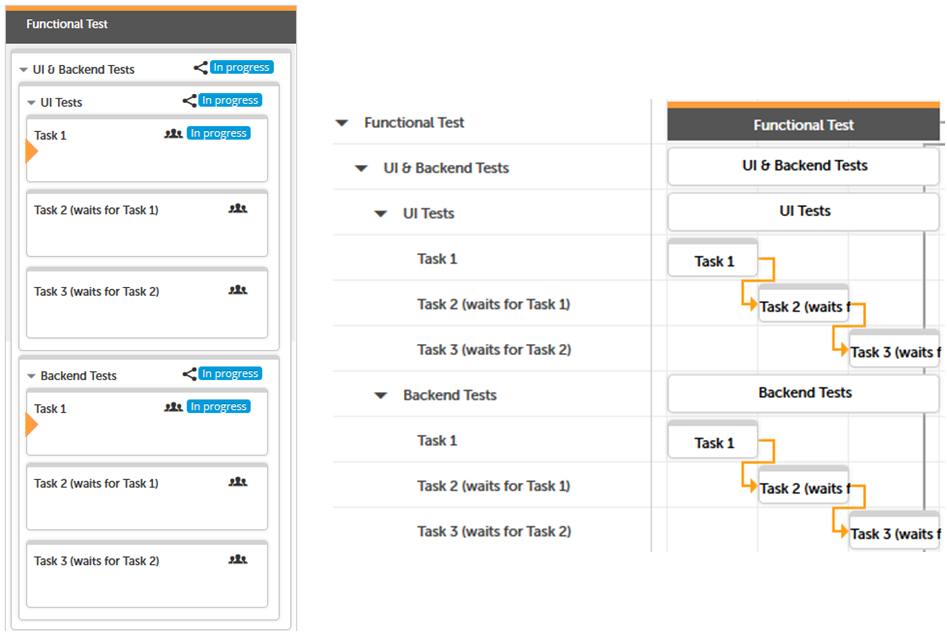 See the forum article "How to Execute Tasks Sequentially within Parallel Groups" for a step-by-step description on how to configure the two UI Tests and Backend Tests groups.