Headquartered in Switzerland, Swissquote is a large bank that has been operating since 1990. It serves over 300,000 customers worldwide and has locations in seven countries. Swissquote needed to shorten the cycle time of their applications from development to production.

The Operations team struggled to keep pace with over 1,000 production applications and over 500 deployments per month. Their mostly manual deployment process was not scalable, and application time to production was too slow. With their existing infrastructure, deploying any faster would have added risk to the process. Swissquote needed a tool to manage and accelerate deployments from beginning to end, with minimal manual intervention. The team was already using Puppet for Configuration Management and Jenkins for Continuous Integration. They wanted a Release Automation solution that could integrate with these two tools and several others in their environment to provide automation for their deployment process. 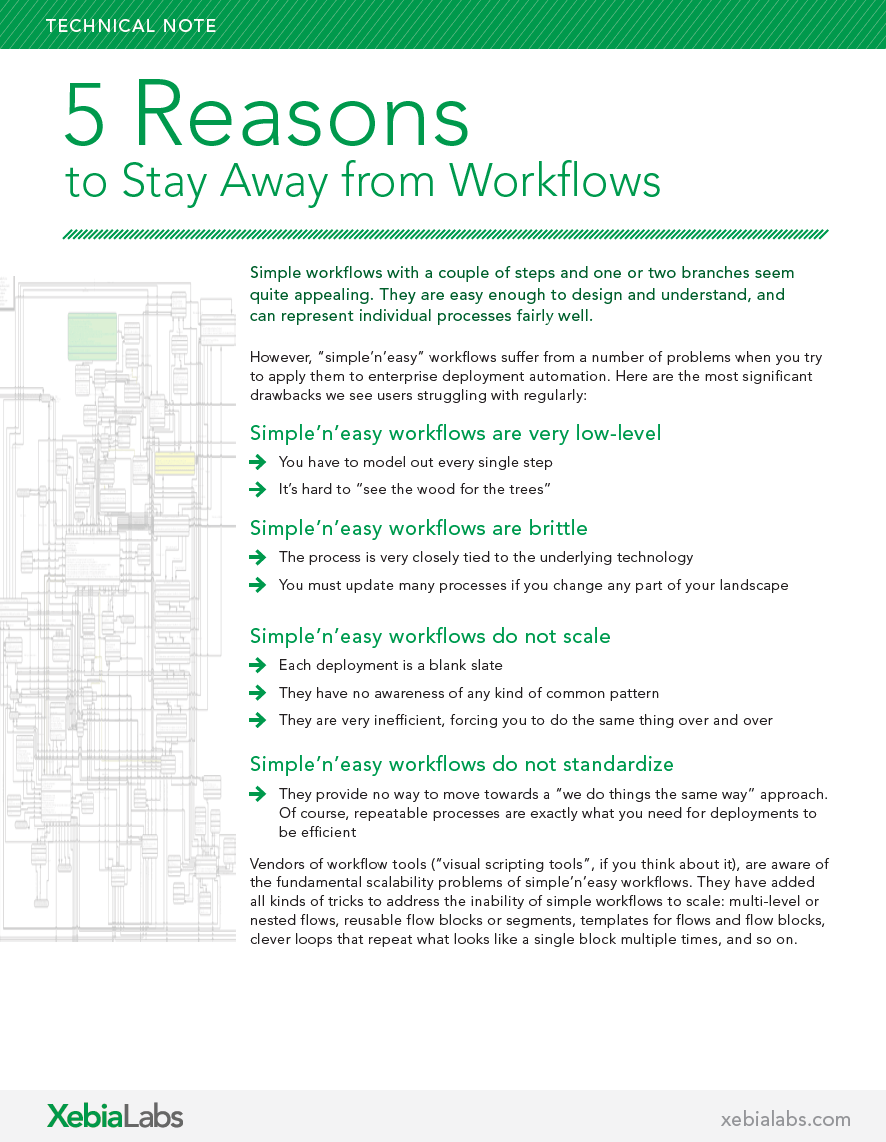 5 Reasons to Stay Away from Workflows

When it comes to application deployment, "simple 'n easy" workflows seem quite appealing. However, they suffer from many problems when applied to enterprise deployment automation. Learn why some users choose to use workflows, the drawbacks and why XebiaLabs doesn't use them.

SwissQuote chose the XebiaLabs DevOps Platform to automate their deployments, attaining standardization and predictability for their software releases at scale.

"Within three months, we integrated the product into our full deployment pipeline, and within six months, we migrated most of our 1000+ applications to Xebialabs’ platform,” said Andrew Boswell, a Senior Operations Specialist at Swissquote. "Our IT deployment process is no longer a bottleneck. Deployments that previously took 60 minutes now take 60 seconds – a 60x improvement,” added Guillaume Hayoz, Head of IT Operations. By integrating the XebiaLabs DevOps Platform into their deployment pipeline, Swissquote saw its deployment throughput increase from 500+ per month to today ́s staggering 6500+ per month, while using fewer resources. Read the full case study to learn more.