Best Practices for Custom Deployments with the XebiaLabs DevOps Platform

Whenever I give a demo of, or a training class on, the XebiaLabs DevOps Platform, I mention that all actions in deploying an application can be broken down into two categories: moving data (files) and executing commands.

In a typical deployment, the XL Deploy module of the XebiaLabs DevOps Platform performs these two actions on a remote system, to which a connection is made via SSH for Unix/Linux operating systems and WinRM for Windows.

XL Deploy has a convenient control task called "Check Connection" that proves that these two actions can be performed successfully. It transfers a dummy data file and runs a command to list the contents of a temporary directory. It proves that the protocols are correctly configured, firewalls and ports are open, and the login credentials are valid.

So are we ready to deploy? 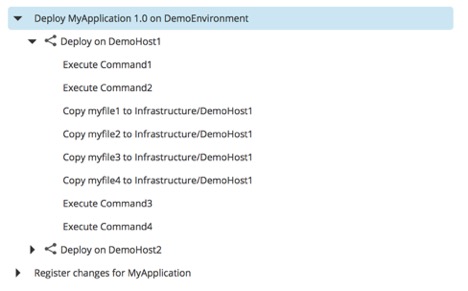 What are the pros and cons of this approach?

As seen in the next two images, the objects involved in the deployment are: 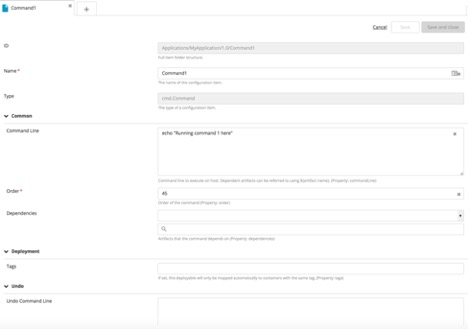 On the other hand, this approach has some shortcomings:

XebiaLabs recommends the following best practices for XL Deploy when it comes to deployments not already supported by an existing plugin.

Combine the file artifacts, both text and binary, into a single zip-style archive.

This follows  the same rationale for bundling application files together as a jar, war, or ear file. They move together through your CI/CD pipelines as a single unit, developed and deployed together. Pack them in the build job, and unpack them when they reach their final home on the target system.

Make use of classpath resources when able.

These might be installation binaries or control templates that don't change between deployed versions and therefore don't have to be bundled into the actual application files.

Control the commands required for your deployment with xl-rules and classpath scripts.

The scripts are easily parameterized, and XL Deploy can send the Linux or Windows version of a script depending on the OS targeted.

Now we'll begin constructing a plugin by working in the XL-DEPLOY-SERVER/ext directory.  As a first step, add a definition to your synthetic.xml:

Adding a definition to our synthetic.xml gives us the ability to define a custom artifact, along with some properties for the deployment, in this case the target directories for each of the files when we unzip them. Of course, you can define any properties necessary for the deployment, making use of such data-types (kinds) as strings, integers, booleans, key-value maps, or even references to other objects.
Now, on to defining the deployment behavior via xl-rules:

We have replaced each of our four commands with an os-script section, pointing to a script in the XL Deploy classpath. Each os-script tag represents a step, and for each one there are four properties that will be applied to it: a description, a script path, an order number, and a boolean to tell XL Deploy whether or not to upload the artifact(s) in the object.

The ext directory can now be structured like this:

And the four "command" scripts now look like this:

Note the FreeMarker references to the deployed and to objects referenced by it. With the appropriate chain of reference pointers, you can reach any object in XL Deploy's model.

And we have added an upload step to handle the files within our zip archive and move them to their proper directories, taking advantage of FreeMarker templating for properties of the deployed object:

Here is our deployment output for the this script, which illustrates how XL Deploy uploads the script and the artifact are uploaded to a temporary directory, and then executes the script from there on the host's operating system.

Notice that the rules file only specified demo/createBestPracticeUpload, without the .sh or .ftl extensions. Since XL Deploy knows this deployment is going to a Linux system, it will look for the version of the script having the .sh extension. The .ftl extension directs XL Deploy to process the script throughout FreeMarker.

If we wanted to deploy to Windows, we would have included a .bat or .cmd version of the script.
So we end up with the same result as we had with the four command and the four file objects. And there are many more options available in XL Deploy to make this example fully functional: